Skip to content
(March 11, 2014 – Burbank, CA) – As production continues on The CW’s new pilot “The Flash,” from Warner Bros. Television and based upon characters published by DC Comics, the companies today are releasing the first full-suit image of series star Grant Gustin as The Flash. 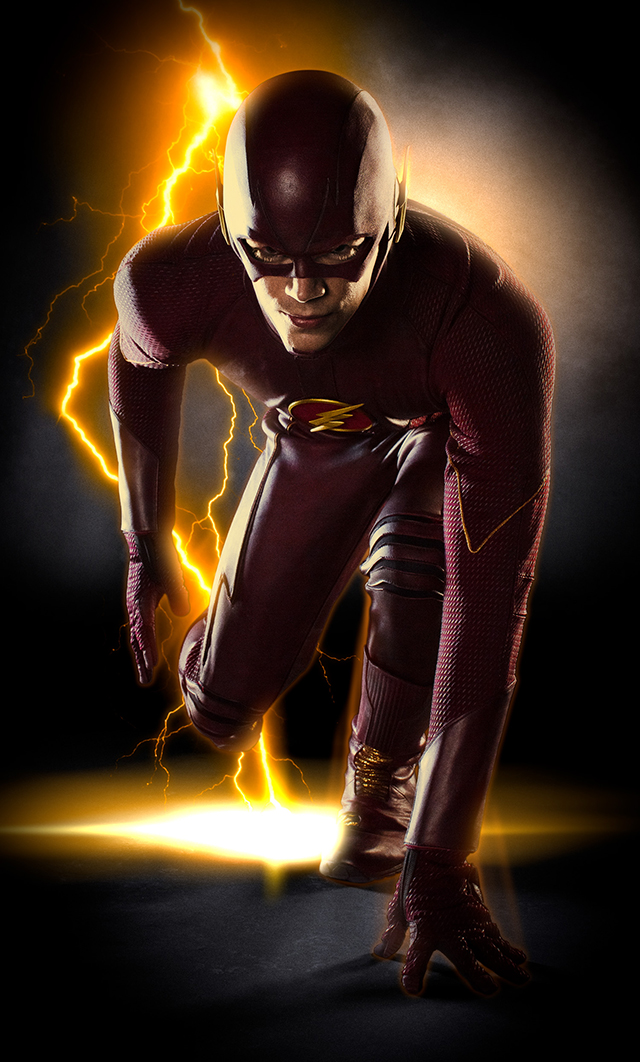 • “I hope the fans who treasure the character are as excited as we are by what costume designer Colleen Atwood has achieved with this latest version of The Flash’s iconic suit,” said pilot director/executive producer David Nutter (“Arrow,” “Game of Thrones”). • The costume for The Flash was designed by three-time Oscar winner Colleen Atwood, who also designed the costume for “Arrow” and whose motion picture credits include Academy Awards for her work on “Alice in Wonderland,” “Memoirs of a Geisha” and “Chicago,” as well as seven additional Oscar nominations for films such as “Snow White and the Huntsman,” “Sweeney Todd: The Demon Barber of Fleet Street” and “Sleepy Hollow,” among others • Grant Gustin stars as Barry Allen and The Flash

Through a freak accident, scientist Barry Allen is given the power of super speed that transforms him into the Fastest Man Alive, in “The Flash.” “The Flash” pilot is executive produced by Greg Berlanti, Andrew Kreisberg and David Nutter (all of “Arrow”). Nutter is directing from a script by Berlanti & Kreisberg & DC Entertainment Chief Creative Officer Geoff Johns. “The Flash” is from Bonanza Productions Inc. in association with Berlanti Productions and Warner Bros. Television, and is based upon characters published by DC Comics.
###