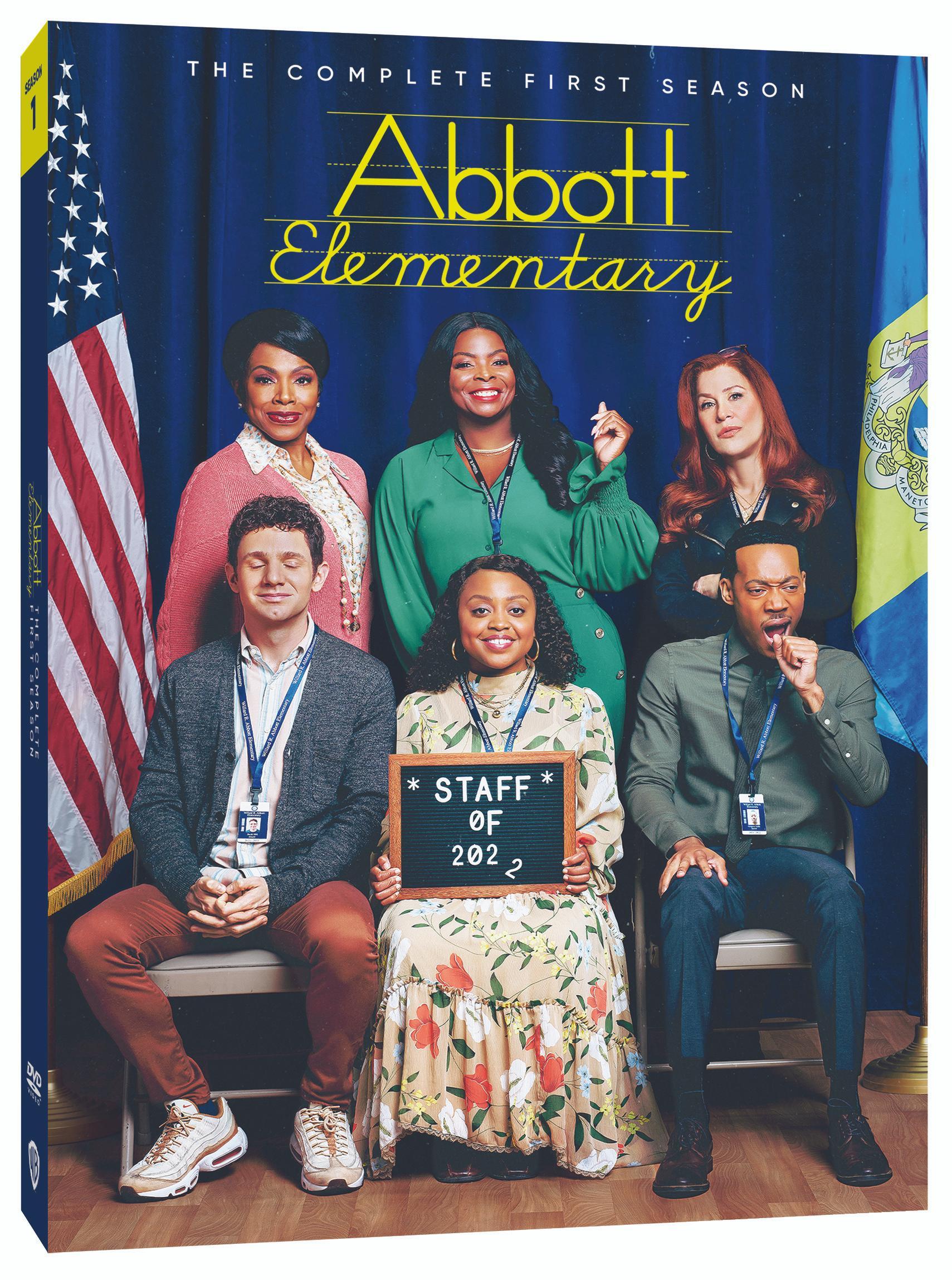 (Burbank, CA) – As ABC’s first new television comedy debut to quadruple its ratings after delayed cross-platform viewing, Abbott Elementary has quickly become the network’s highest rated comedy and TV’s most-tweeted about comedy of the year and has a 98% positive rating on Rotten Tomatoes. Now get ready for the critically acclaimed hit as Warner Bros. Home Entertainment releases Abbott Elementary: The Complete First Season on DVD October 18, 2022. Featuring all thirteen hilarious episodes, Abbott Elementary: The Complete First Season is priced to own at $24.98 SRP and is also available to own on Digital via purchase from all major digital retailers.

Abbott Elementary is a workplace comedy about a group of dedicated, passionate teachers — and a slightly tone-deaf principal — who are brought together in a Philadelphia public school where, despite the odds stacked against them, they are determined to help their students succeed in life. Though these incredible public servants may be outnumbered and underfunded, they love what they do — even if they don’t love the school district’s less-than-stellar attitude toward educating children.

Quinta Brunson created and stars as Janine Teagues in Abbott Elementary, and she serves as executive producer of the series alongside Justin Halpern and Patrick Schumacker of Delicious Non-Sequitur Productions, and Randall Einhorn. In addition to Brunson, the cast includes Tyler James Williams as Gregory Eddie, Janelle James as Ava Coleman, Lisa Ann Walter as Melissa Schemmenti, Chris Perfetti as Jacob Hill, William Stanford Davis as Mr. Johnson, and Sheryl Lee Ralph as Barbara Howard. The series is produced by Delicious Non-Sequitur Productions in association with Warner Bros. Television and 20th Television, a part of Disney Television Studios.

DIGITAL
Abbott Elementary: The Complete First Season is currently available to own on Digital. Digital purchase allows consumers to instantly stream and download to watch anywhere and anytime on their favorite devices. Digital movies and TV shows are available from various digital retailers including Prime Video, Apple TV, Google Play, Vudu and others.