The animated series is co-created by Alissa Nutting, a New York Times Editor's Choice writer (“Made for Love”) and Emmy-nominated producer, Alyson Levy (“The Shivering Truth”). “Teenage Euthanasia” is currently in production and will premiere in 2021. It is produced by PFFR and animated by Augenblick Studios.

"With ‘Teenage Euthanasia,’ Alissa and Alyson have created both a world and a family that everyone can relate to, laugh at, and ultimately feel relieved that they aren’t a part of," said Michael Ouweleen, president of Adult Swim. 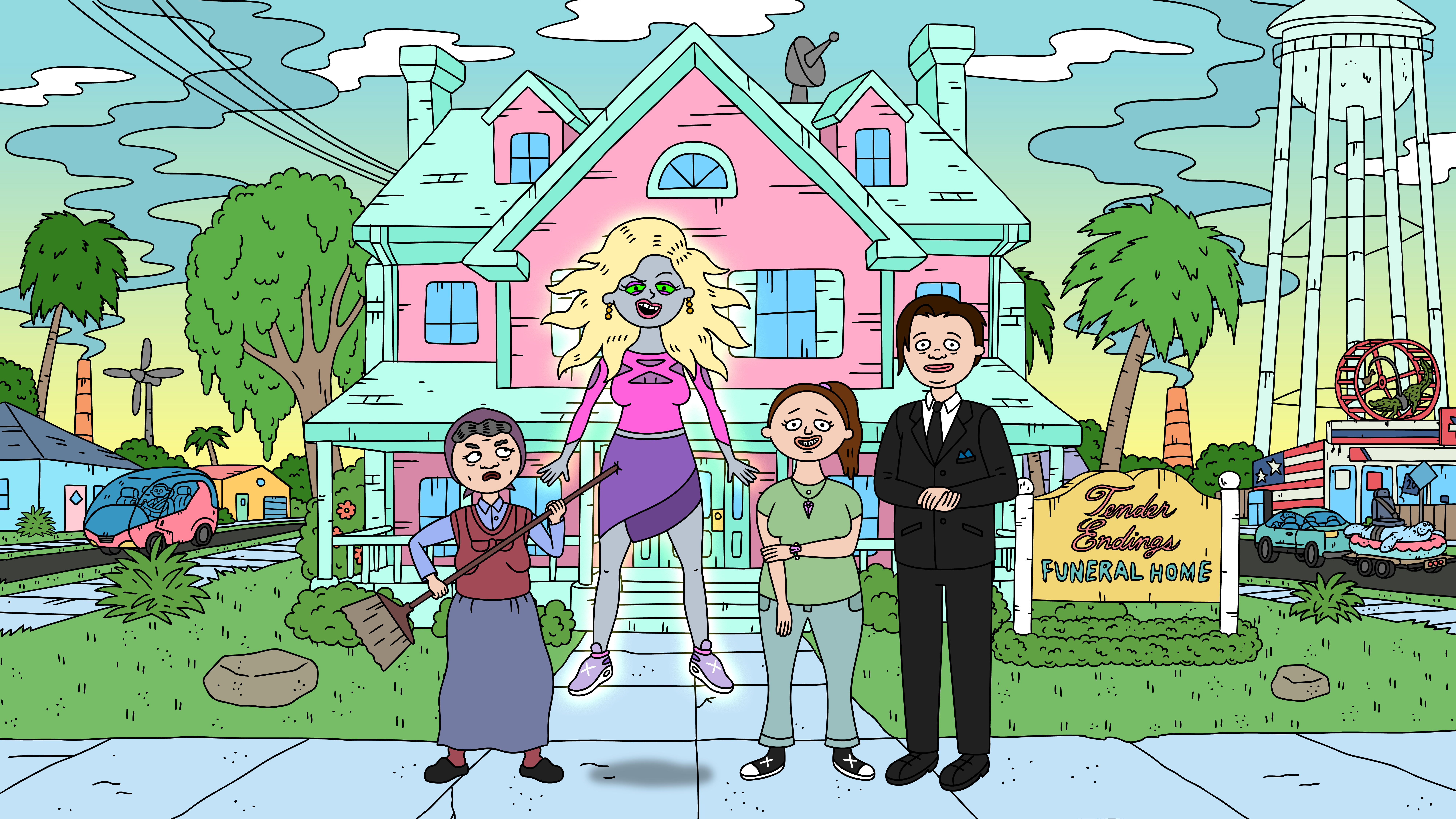 As a teen mom, Trophy ran away from home, leaving Annie behind to be raised by her Baba and Uncle Pete. Fifteen years later, Trophy finally returns to Tender Endings...as a corpse, for burial. But when a bolt of lightning strikes Baba's homemade embalming fluid, and one of Annie's tears magically bring Trophy back from the dead, Trophy finds herself a resurrected woman with a second chance at unplanned parenthood (and a variety of quasi-useful death powers).

Levy is a co-creator with John Lee and Vernon Chatman of “Xavier: Renegade Angel” and “The Heart, She Holler” and a member of PFFR responsible for producing “Wonder Showzen,” “Delocated,” “Neon Joe Werewolf Hunter” and “The Shivering Truth.”

Nutting is a screenwriter, novelist, and essayist. She is also co-creator of the upcoming HBO Max show “Made for Love,” based on her critically acclaimed book of the same name.

Warner Bros. is a global leader in the creation, production, distribution, licensing and marketing of all forms of entertainment across all current and emerging media and platforms. A WarnerMedia company, the Studio is home to one of the most successful collections of brands in the world and stands at the forefront of every aspect of the entertainment industry, from feature film, television and home entertainment production and worldwide distribution to DVD and Blu-ray, digital distribution, animation, comic books, videogames, product and brand licensing, and broadcasting.