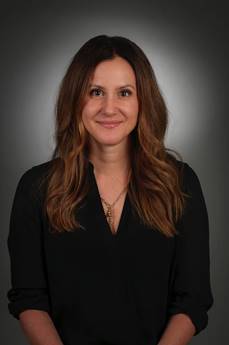 (Burbank, CA) –Today, WarnerMedia announced that Alissa Grayson has been named Executive Vice President, Global Publicity, Warner Bros. Pictures. The announcement was made by Johanna Fuentes, Head of Global Communications, WarnerMedia Studios and Networks Group, of which Warner Bros. is a part, and Josh Goldstine, President, Worldwide Marketing, Warner Bros. Pictures Group. Grayson will join the Studio in June and have a dual reporting line to both Fuentes and Goldstine.

In her new role, Grayson will oversee domestic and international publicity and work with the division’s in-place teams to develop global publicity strategies and campaigns across media outlets and platforms worldwide on all features from Warner Bros. Pictures, New Line Cinema, DC-based Films and Warner Animation Group released theatrically and on HBO Max. She’ll also work closely with the marketing group’s senior management team on PR campaign design and strategy for both individual film titles and key franchises.

“Having worked together at Universal Pictures, I’ve known and been a fan of Alissa’s for years,” said Goldstine. “She has impeccable taste, great instincts and a track record that speaks for itself. As we navigate an exhibition landscape unlike any we’ve ever seen, we’ll look to Alissa to head up our efforts with publicity campaigns that not only create awareness across all media, but help us lead audiences back to theaters, where they can safely enjoy our releases on the big screen.”

“Alissa is an incredible communications strategist and marketing executive who is passionate about film and respected by the press, filmmakers and colleagues,” said Fuentes.“We’re so happy to welcome her to Warner Bros. and excited to have her leading our publicity team as we roll out a slate that includes some of the year’s most anticipated films, including In The Heights, Space Jam: A New Legacy, The Suicide Squad, Dune and a new installment of The Matrix franchise, among many others.”

Grayson was most recently Co-President, Marketing at STXfilms, where she was responsible for campaign positioning and strategy, including blockbuster releases such as Hustlers and The Upside and the hits A Bad Moms Christmas, Molly’s Game and The Gentlemen.

Prior to that, she was with Universal Pictures for more than two decades, having begun her career as an assistant at the company in 1994. She worked her way up the ranks, and ultimately assumed the role of Executive Vice President, National Publicity in 2010, a position she held for six years. As head of National Publicity, she led publicity campaigns during some of Universal’s biggest and most profitable years. She spearheaded unique campaigns, including for some of the studio’s most enduring franchises, including Despicable Me, Fast & Furious, Pitch Perfect, Bourne and The Purge, as well as prestige films such as Les Miserables and Steve Jobs.