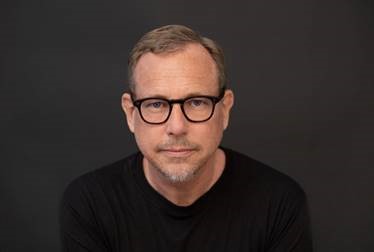 (Burbank, CA) – PR and marketing veteran Blake Bryant has been named Head of Communications for Warner Bros. Global Brands and Experiences, it was announced today by Pam Lifford, President, Global Brands and Experiences. Based in Los Angeles, Bryant will report to Lifford and Johanna Fuentes, Head of Global Communications, Warner Media Studios and Networks Group, of which Warner Bros. is a part.

“Since we founded GBE in 2018, our laser focus has been to develop and move our incredible brands and franchises even closer to our fans and become an organic part of their lives,” said Lifford.  “A key component of this plan is effectively communicating directly with our various audiences, and we’re excited to have Blake joining the team to head up these efforts. He’s got great instincts and a seasoned perspective and will help us take our communications strategies to the next level.”

In his new role, Bryant will oversee external and internal communications for Global Brands and Experiences, DC, Warner Bros. Consumer Products, Themed Entertainment and the Global Franchise group. He’ll manage the teams responsible for consumer publicity, while also serving as lead on executive, business and strategic communications. Additionally, Bryant will work with the various publicity teams across the Studios and Networks Group to ensure that all franchise-related communications are coordinated and deployed for maximum impact.

Prior to joining WBGBE, Bryant was Senior Vice President, Worldwide Marketing and Publicity, Warner Bros. Unscripted Television, with responsibility for all program publicity, marketing, brand management, media strategy, crisis communications and advertising creative for all programming produced by Warner Bros. Television’s three unscripted divisions (Warner Horizon Unscripted Television, Shed Media and Telepictures). Among the unscripted series Bryant worked on across broadcast, cable, streaming and first-run syndication are “The Ellen DeGeneres Show,” “The Bachelor” and its many extensions, “Who Do You Think You Are?,” “The Real,” “Ellen’s Game of Games,” the entertainment news magazine “Extra,” and Ava Duvernay’s first unscripted series, the upcoming “Home Sweet Home.”

Before joining Warner Bros., Bryant worked for seven years as Vice President of Creative Services at Disney/ABC Domestic Television where he oversaw consumer and sales marketing creative and advertising for the unit’s off-network and syndicated programming. Before his tenure at the studios, he spent more than 20 years in local television station marketing, publicity, production, programming, and station operations, including seven years with the NBC Owned Television Station group in Los Angeles, Chicago, and San Francisco.

He has been recognized with numerous Broadcast Marketing awards, including three local market Emmy Awards and Nominations and six NATAS Emmy wins for his work on “The Ellen DeGeneres Show.”

Warner Bros. Global Brands and Experiences aligns strategies and increases consumer engagement across the company’s key brands and franchises. WBGBE supports and furthers the Studio’s ongoing initiatives to move its businesses and products closer to the consumer, with increased opportunities to develop and grow consumer relationships over time and across the breadth of a franchise, with a multi-generational focus on these interactions so there will be lifelong opportunities for engagement. GBE also develops and executes the experiential components of the Wizarding World/Harry Potter franchise, which includes working with third-party partners to create theme park attractions, live events and experiences, licensing and consumer products.