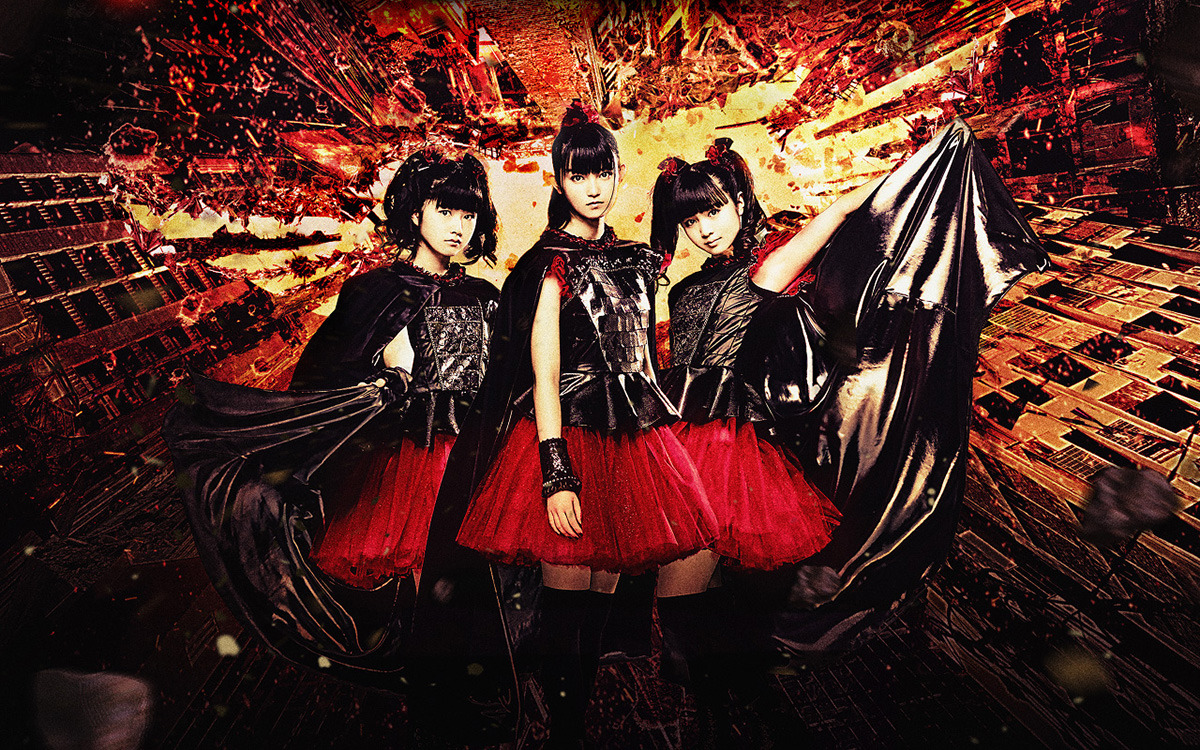 BURBANK, Calif. (September 28, 2016) — Fresh off the triumphant finale to their unforgettable 2016 world tour in front of more than 110,000 fans at the Tokyo Dome, Japanese pop-metal sensation BABYMETAL will embark on a new adventure with an original shortform series from Warner Bros.’ digital studio Blue Ribbon Content and Japanese powerhouse Amuse Inc’s subsidiary, Amuse USA. Manager and creator of BABYMETAL Key Kobayashi (a.k.a. KOBAMETAL) is also producing. The hybrid live-action and animated project is currently in development, it was announced today by Sam Register, President, Warner Bros. Animation and Warner Digital Series.

Sam Register said: “BABYMETAL have to be seen to be believed — a mind-blowing, fun combination of pop vocals, heavy metal music and dance choreography brought to life by three incredibly talented teenage stars. We are huge fans here at Blue Ribbon Content and are extremely excited to help bring the BABYMETAL phenomenon to U.S. audiences through this upcoming digital series.”

Tatsuro Hatanaka, President, Amuse, Inc. and Amuse USA, commented: “We are grateful for Warner Bros. and Blue Ribbon Content’s interest in BABYMETAL, and to be moving onward with the project. We are very much looking forward to working on this project with Sam and his team, and hope everyone will enjoy our completed work.”

The action-adventure will take viewers inside the magical world of heavy metal music as it comes under attack, and one lonely god, Kitsune, forms the warrior band BABYMETAL to save the day. In the series, SU-METAL, YUIMETAL and MOAMETAL join together to ultimately redefine the genre. The series will also feature new live-action performances from the group, who will enter the animated world through a secret portal.

Fronted by three teenage girls with choreographed dance moves to accompany their vocals, BABYMETAL is making waves in the music industry with two chart-topping albums that have solidified the Japanese pop-metal band’s cross-continent success. In fact, the buzz-worthy group recently caught the attention of the Red Hot Chili Peppers, who are taking them on their first UK tour in five years.

With a name inspired by “the birth of new metal” and a goal of fusing metal and pop music, the BABYMETAL lineup includes SU-METAL, YUIMETAL and MOAMETAL. BABYMETAL has already achieved two major debut singles, both of which ranked in the Top 10 Oricon chart in Japan. Their first studio album also earned the #1 spot on Billboard’s World Album chart, and the official live music video for their debut album’s lead single,“Gimme Chocolate!!,” has garnered more than 60 million views on YouTube. Their sophomore album, METAL RESISTANCE, made them the first Japanese act to make the Billboard 200 album chart’s top 40 in 53 years. They have also won several awards, including:

Since its inception, the Japanese metal dance unit has developed a devoted fan base that describes their concerts as both energetic and unforgettable. The band has also received glowing praise from the industry’s top acts, including Slipknot’s Corey Taylor, Guns N’ Roses’ Slash and Rob Zombie, who told Billboard that BABYMETAL “are like nothing I’ve ever seen before.” The new series will take their energy from the stage to the screen with a can’t-miss adventure for all ages.

Formed in 2014, Blue Ribbon Content (BRC) is Warner Bros.’ digital studio. BRC develops and produces live-action series for digital platforms, tapping the creative talent already working at the Studio while also identifying opportunities for collaboration with new writers and producers. In addition to live-action programming, BRC produces animated content and is also experimenting with emerging platforms such as virtual reality. BRC programs include the UNINTERRUPTED Original Series Now We’re Talking for go90; Justice League: Gods and Monsters Chronicles for Machinima; Vixen and the upcoming Freedom Fighters: The Ray for CW Seed; and the Batman: The Animated Series virtual reality experience with OTOY Inc. for Mattel’s View-Master, among others.