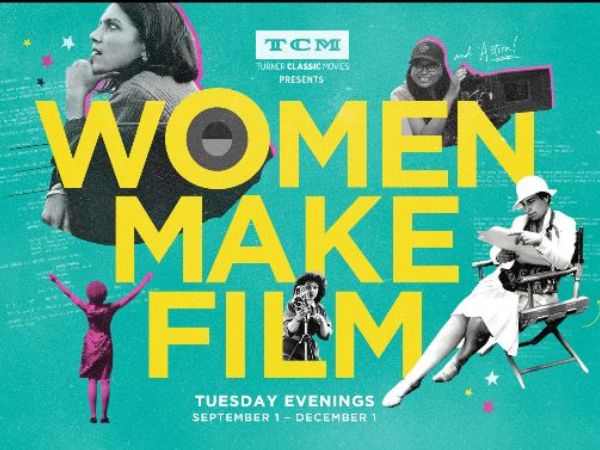 (Burbank, CA) – Councilmember Mitch O’Farrell is teaming up with Turner Classic Movies (TCM) to promote the impact of women filmmakers in Hollywood’s signature industry, by officially proclaiming "Women Make Film Day" in the City of Los Angeles. The proclamation is part of a larger virtual event that includes a conversation hosted by TCM’s Alicia Malone with documentary director Mark Cousins and featured directors Wanuri Kahiu and Kirsten Johnson.
TCM is a leading authority in classic film and its "Women in Film" series seeks to shine a spotlight on the outstanding work of women filmmakers and their stories, many of which have typically gone untold.

This fall, many hours of TCM programming have been devoted to an array of films directed by women — 100 films by 100 filmmakers from 6 continents and 44 countries, spanning 12 decades, plus the premiere of a 14-part, groundbreaking documentary, “Women Make Film: A New Road Movie Through Cinema,” written and directed by Mark Cousins.

“Since its very beginnings, cinema has been blessed with the outstanding creativity, skills, labor and vision of countless women, ” said Councilmember O’Farrell, who represents the 13th Council District, which includes Hollywood, and is home to many individuals who make a living in Los Angeles’ film industry. “Far too often, though, their integral contributions to the art and industry of movies have been obscured. The work of TCM to correct this history is essential and a reminder that we must all do our part to elevate and bring attention to women voices, which is why I am honored to proclaim December 1 as 'TCM Women Make Film' Day'".

“We thank the City of Los Angeles for this honor and hope that everyone takes the opportunity to celebrate the meaningful impact of women in the entertainment industry,” said Pola Changnon, general manager for Turner Classic Movies (TCM). “Women Make Film is a signature programming event for TCM and we will continue to celebrate dynamic women and their contributions to film for many years to come.”

The event can also be seen on Channel 35 at 8:00 AM PT in Los Angeles on Spectrum Cable.

Turner Classic Movies (TCM) is a two-time Peabody Award-winning network that presents great films, uncut and commercial-free, from the largest film libraries in the world highlighting the entire spectrum of film history. TCM features the insights from Primetime host Ben Mankiewicz along with hosts Alicia Malone, Dave Karger, Jacqueline Stewart and Eddie Muller, plus interviews with a wide range of special guests and serves as the ultimate movie lover destination. Currently in its 26th year as a leading authority in classic film, TCM offers critically acclaimed series like The Essentials, along with annual programming events like 31 Days of Oscar® in February and Summer Under the Stars in August. TCM also directly connects with movie fans through events as the annual TCM Classic Film Festival in Hollywood, the TCM Big Screen Classics series in partnership with Fathom Events, as well as through the TCM Classic Film Tour in New York City and Los Angeles. In addition, TCM produces a wide range of media about classic film, including books and DVDs, and hosts a wealth of material online at tcm.com and through the Watch TCM mobile app.
###