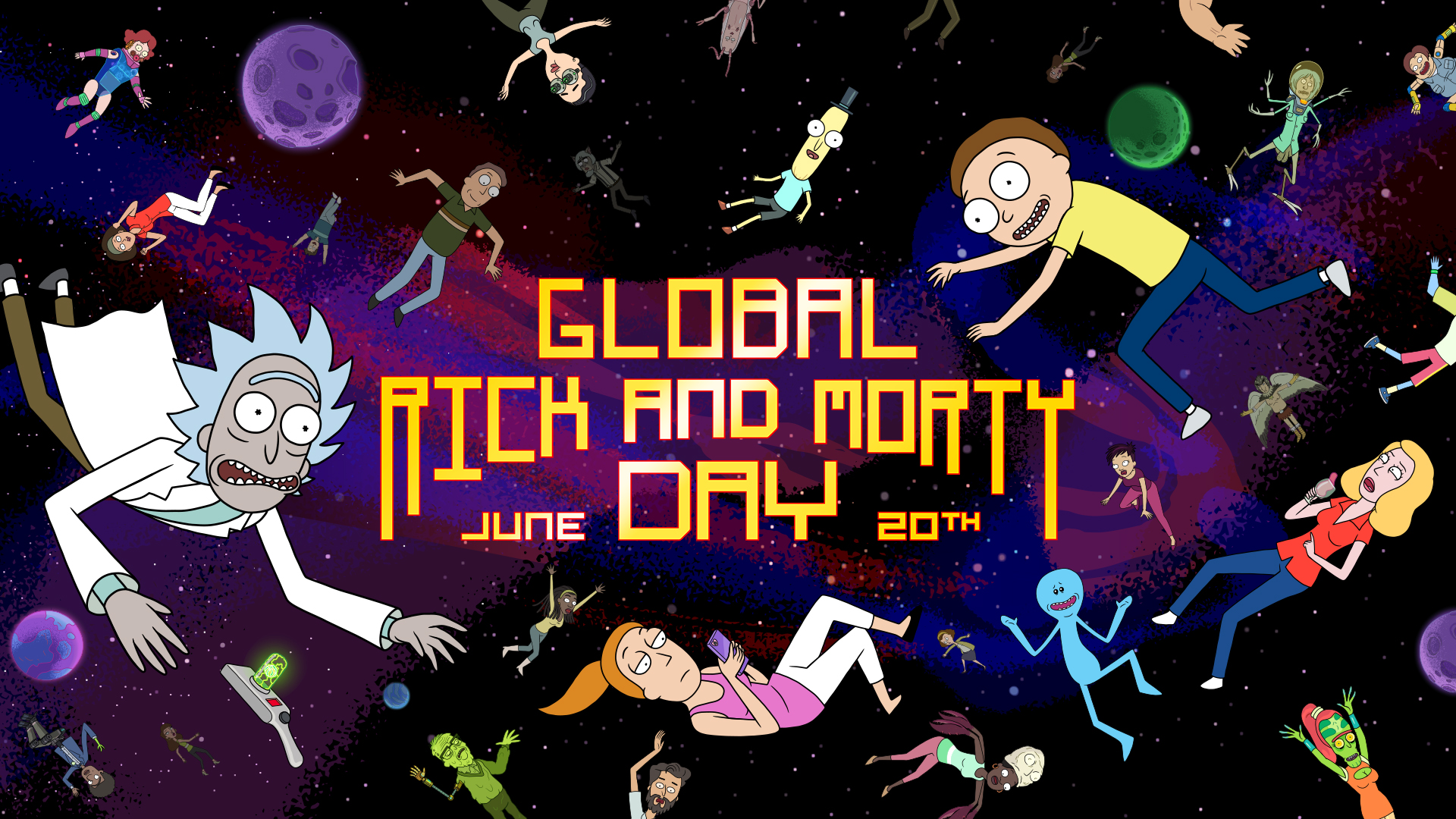 An out-of-this-world celebration of Global Rick and Morty Day (#GlobalRickAndMortyDay) is coming to fans Sunday, June 20. The premiere will feature special surprises, fun moments and celebrations, as the mind-bending event kicks off the global premieres of Rick and Morty’s highly anticipated fifth season.

For the first time ever, Adult Swim will premiere the first episode from space by launching Rick’s Space Cruiser 150,000 ft into the atmosphere. Fans from around the world can Go Rick Yourself (#GoRickYourself) and become part of the series by creating a personalized Rick and Morty avatar, and then create custom t-shirts (US and Mexico only) to commemorate the new season.

Fans can also catch up on all things Rick and Morty prior to the event by checking out HBO Max’s curated Rick and Morty fan viewing experience featuring previous seasons, extras, and creator-selected episodes available Monday, June 14.

Rick and Morty is the multi-Emmy® Award-winning half-hour comedy series that airs on Adult Swim, the #1 destination for young adults for over a decade. The half-hour animated Adult Swim hit comedy series follows a sociopathic genius scientist who drags his inherently timid grandson on insanely dangerous adventures across the universe. Rick Sanchez is living with his daughter Beth's family and constantly bringing her, his son-in-law Jerry, granddaughter Summer, and grandson Morty into intergalactic escapades. Rick and Morty was the #1 comedy across all of television in 2017 and 2019 and has become a multi-platform sensation not just on television, but across digital, gaming, live streaming, retail, and fan experiences.

Adult Swim launched in 2001, is WarnerMedia’s #1 brand for young adults offering original and acquired animated and live-action series. Airing nightly from 8 p.m. to 6 a.m. (ET/PT) on its linear channel, and also available through HBO Max, Adult Swim is basic cable's #1 network with persons 18-34 and 18-49, and is seen in 94 million U.S. home, reaching over 40 million viewers via HBO Max.

GKYAC’s mission is to be the premiere global provider of kids, family, young adults, and classics content and brands. The group’s programming supplies unique and compelling content for HBO MAX, WarnerMedia’s direct-to-consumer platform. Uniting these award-winning networks and innovative brands helps maximize opportunities and growth potential, both as standalone businesses and as content generators, to drive and support its franchises, cross-studio initiatives as well as ratings.