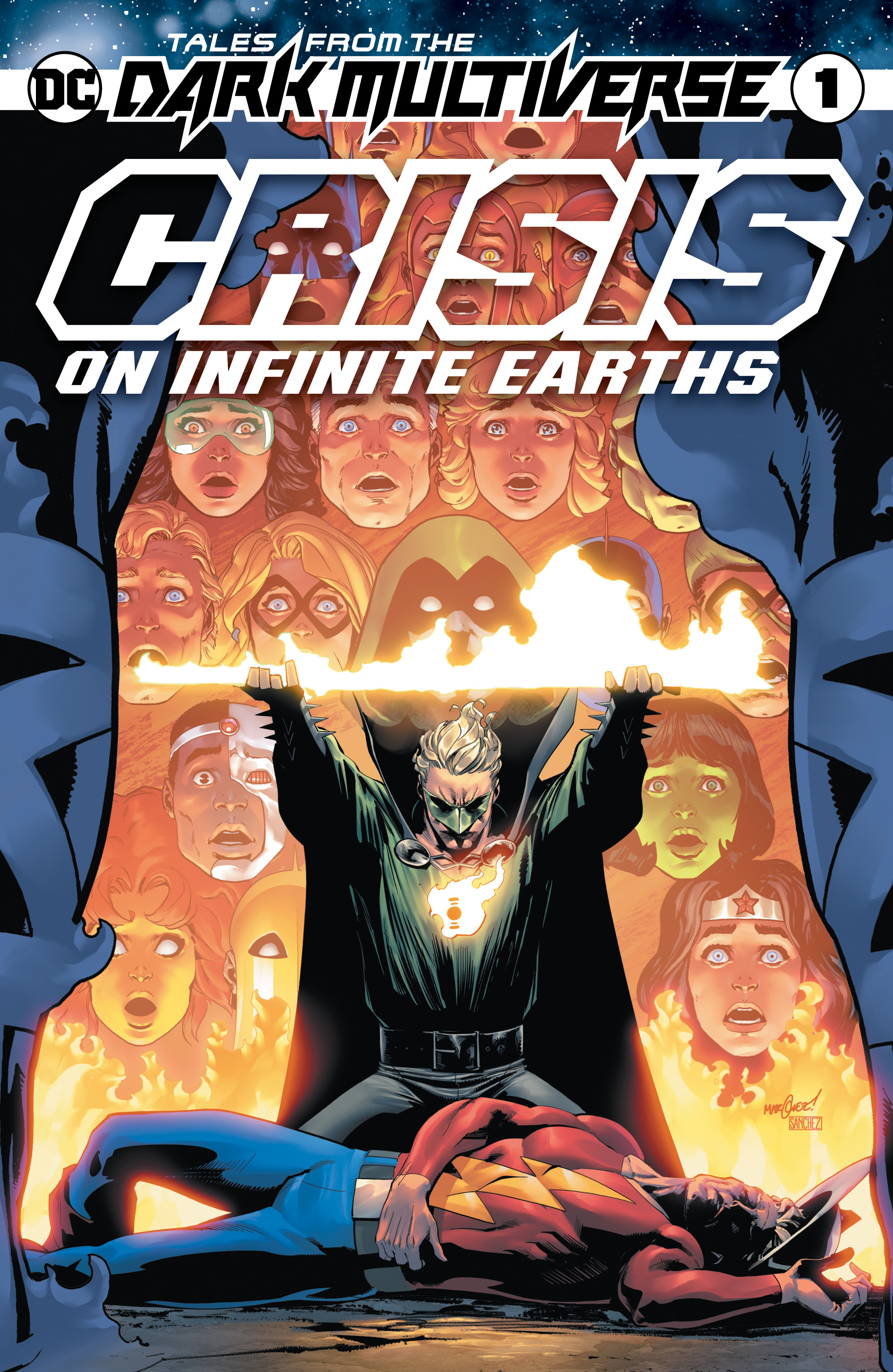 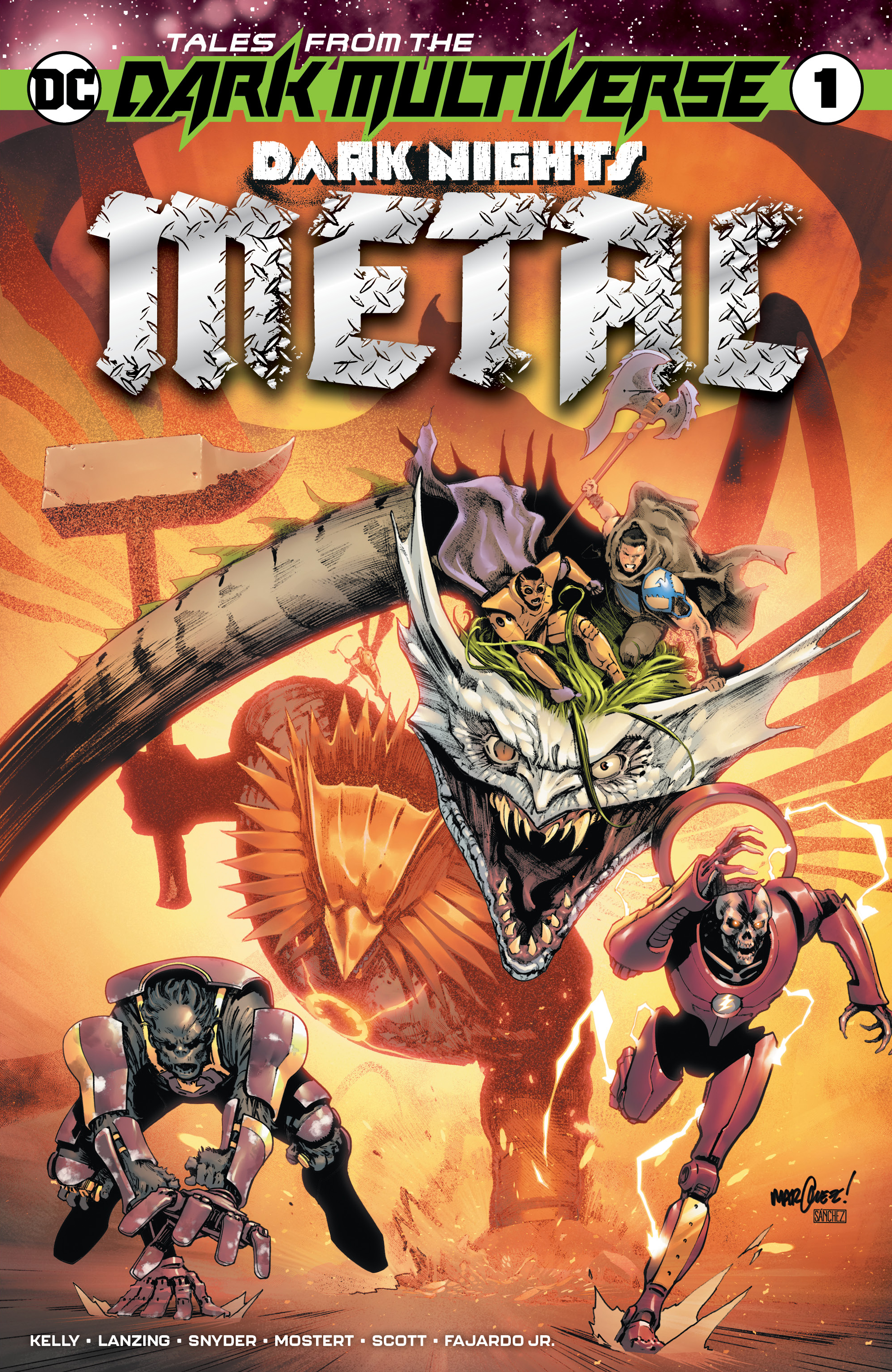 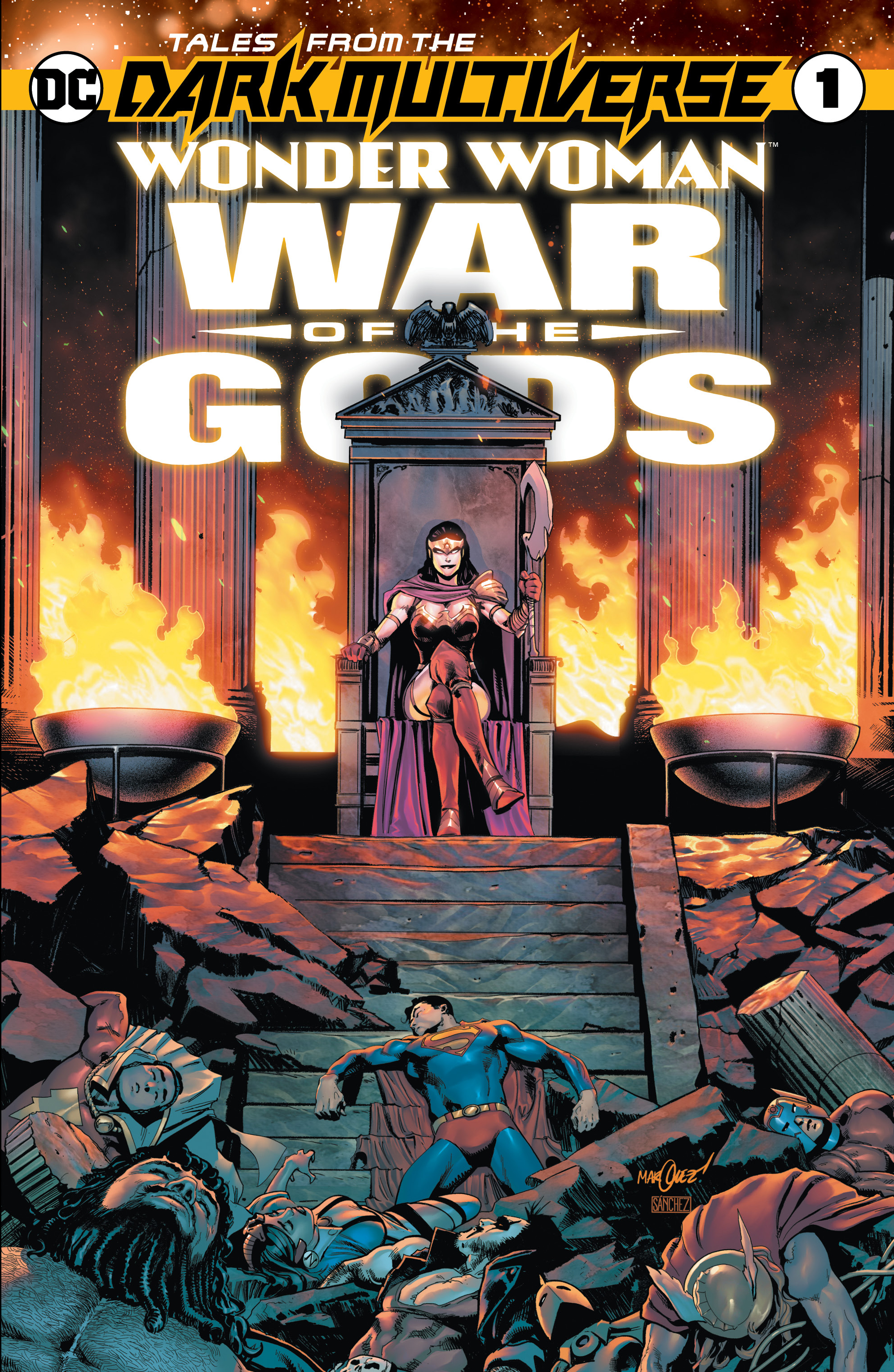 “Tales from the Dark Multiverse: War of the Gods #1”
(December 1)
Written by Vita Ayala
Art by Ariel Olivetti
Cover by David Marquez

In this 48-page, $5.99 Prestige Format one-shot, the realms of the gods have been turned upside down and inside out, on the verge of engulfing Earth and its people. Only one hero stands to defend it: Wonder Woman!

But this dark mirror image of an epic tale features a Wonder Woman who is ready to destroy our world! Cursed by the evil goddess of magic, Hecate, the Amazon warrior princess Diana has become a weapon of vengeance ready to tear down any god or superhero that stands in her way. Will Earth and its heroes survive her might? Or are they doomed to worship the dark princess of the Amazons for the rest of eternity?!

When the Anti-Monitor’s deadly grudge match with the Multiverse was finally foiled, there was only one Earth left! But which Earth? That was crucial to what would happen next. In one timeline, Earth-1’s Superman stopped the Superman of Earth-2 from going into final battle, but in the Dark Multiverse, it’s Jor-L of Earth-2 who survives, changing the landscape for all that follows!

When Surtur comes looking to crush all life, the beleaguered heroes jump into their next big battle, jumping from one Crisis to the next...but will the last days of the Justice Society of America play out differently if Green Lantern Alan Scott steps into the darkness?

In the event-defining epic “Dark Nights: Metal,” the Justice League defeated the vile Barbatos and his Dark Knights to save our universe from sinking into the abyss of the Dark Multiverse. But...what if they failed? What if Barbatos reigned victorious? Enter an alternate timeline where the DCU as you know it has been dragged down into the darkness. Witness the Justice League you once knew, hideously transformed into dragons who serve at the mercy of evil.

Duke Thomas, the Last Monitor, will have to seek out Nightwing and the few remaining survivors of the Metal event to assemble the Final Justice League in an attempt to save the Multiverse. Featuring a story by “Dark Nights: Metal” architect Scott Snyder, rising stars Collin Kelly and Jackson Lanzing, and art by red-hot artist Karl Mostert, you won’t want to miss the biggest, loudest arena rock concert in the history of the DC Universe!

All three of these titles are 48-page Prestige Format titles, each selling for $5.99. For more information on these titles and the World’s Greatest Super Heroes, visit the website at www.dccomics.com, and follow on social media @DCComics and @thedcnation.