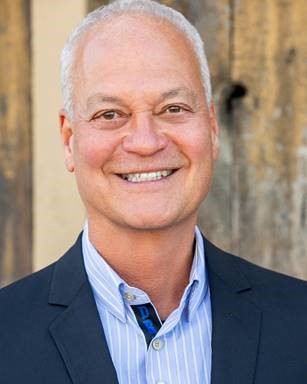 (Burbank, CA) – Dexter Fedor has been named vice-president of brand creative and marketing for Turner Classic Movies (TCM), it was announced today by Tricia Melton, CMO of Warner Bros. Global Kids, Young Adults and Classics division. In the new role, Fedor will lead the marketing, creative, and social media strategy for all TCM programming, stunts and network initiatives across multiple platforms. Based in Los Angeles, Fedor will report into Melton.

“Dexter is a passionate TCM fan, and his experience includes some of the world’s best culturally and emotionally driven brands. From music, to sneaker culture, to entertainment, he knows how to connect with consumers,” said Tricia Melton, CMO of Warner Bros. Global Kids, Young Adults and Classics. “Dexter brings vast creative and marketing chops to TCM as we forge its new culture-driven, classic-inspired brand identity.”

An accomplished creative and marketer who has worked with top brands such as Disney and Nike, Fedor brings more than 30 years of experience to the position. Previously Fedor served as creative director for Guitar Center, executing the re-brand in process of the Musician’s Friend e-commerce business. He was also the senior vice-president of strategic marketing at The Walt Disney Studio, overseeing the creative integration of new business acquisitions into the Disney brand.

Fedor added: “Every brand is a story, and no brand has a richer heritage of storytelling than TCM. I’m excited to seize this opportunity and moment for the brand creatively and culturally.”

In his time as an advertising creative director, Fedor received three Clio Awards and is a Cannes Film Festival medalist as creator of the iconic California Dancing Raisins Campaign. His campaign work is included in the Smithsonian Institution Permanent Collection, Museum of Pop Art.

GKYAC's mission is to be the premier global provider of kids, family, young adults, and classics content and brands. The group's programming supplies unique and compelling content for HBO MAX, WarnerMedia's direct-to-consumer platform. Uniting these award-winning networks and innovative brands helps maximize opportunities and growth potential, both as standalone businesses and as content generators, to drive and support its franchises, cross-studio initiatives as well as ratings.

Warner Bros. GKYAC's content is currently distributed in 192 countries around the world and the division's networks are in 500 million homes, delivered through more than 65 channels in 31 languages.

Turner Classic Movies (TCM) is a two-time Peabody Award-winning network that presents great films, uncut and commercial-free, from the largest film libraries in the world highlighting the entire spectrum of film history. TCM features the insights from Primetime host Ben Mankiewicz along with hosts Alicia Malone, Dave Karger, Jacqueline Stewart and Eddie Muller, plus interviews with a wide range of special guests and serves as the ultimate movie lover destination. With more than two decades as a leading authority in classic film, TCM offers critically acclaimed series like The Essentials, along with annual programming events like 31 Days of Oscar® and Summer Under the Stars. TCM also directly connects with movie fans through events such as the annual TCM Classic Film Festival in Hollywood, the TCM Big Screen Classics series in partnership with Fathom Events, as well as through the TCM Classic Film Tour in New York City and Los Angeles. In addition, TCM produces a wide range of media about classic film, including books and DVDs, and hosts a wealth of material online at tcm.com and through the Watch TCM mobile app. Fans can also enjoy a TCM curated classics experience on HBO Max.