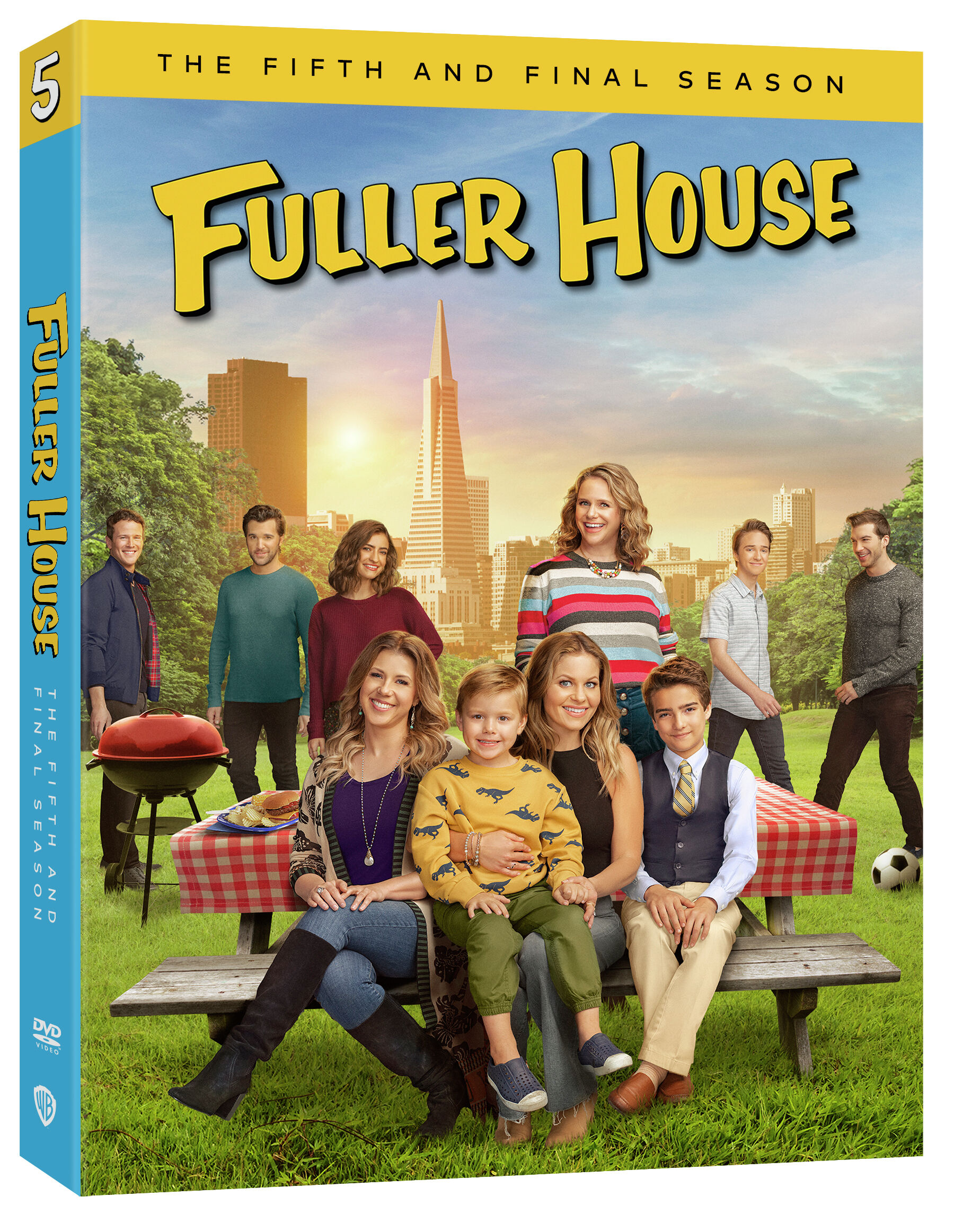 (Burbank, CA) – Join the Tanner, Fuller, Gibbler clan for another fun-filled season in Warner Bros. Home Entertainment’s release of Fuller House: The Fifth and Final Season, available on DVD June 8, 2021. Get set for 18 hilarious new episodes, featuring guest appearances by the original Full House cast. Fuller House: The Fifth and Final Season will retail for $24.98 SRP ($29.98 in Canada). The fifth and final season of Fuller House will also be available to own on Digital via purchase from digital retailers on June 8.

Fuller House: The Complete Series, which includes all five seasons of the series, will also be available for fans to own on DVD for $99.99 SRP ($112.99 in Canada).

In the fifth and final season of Fuller House, the Tanner childhood house is fuller than ever with DJ’s three boys, Stephanie’s new baby, and Kimmy’s feisty family, as the she-wolf pack prepares for a triple wedding and celebrates all the memories that have led them there. More life-defining moments await all the members of the Tanner household, as one of television’s favorite family comedies draws to a close. Viewers won’t want to miss the series’ heartwarming finale, as the beloved Tanner clan bids farewell after five entertaining seasons!

Fuller House is the continuation of the ‘90s ABC series Full House in which eldest daughter D.J. Tanner (Candace Cameron Bure, Full House, A Christmas Detour) is now a veterinarian and recently widowed mother trying to raise three boys on her own. She is joined by her sister Stephanie (Jodie Sweetin, Full House, Walt Before Mickey) and best friend Kimmy Gibbler (Andrea Barber, Full House, The Skateboard Kid 2) and Kimmy’s teenage daughter Ramona (Soni Bringas), who move in to lend their support and help raise D.J.’s kids. Additional members from the Full House original cast make guest appearances throughout the series.

The original Full House, which centered around three grown men raising three girls in San Francisco, premiered in 1987 on ABC and became an instant hit with viewers. The family friendly series became a pop culture phenomenon. It was praised by fans for its wholesome comedy, lovable characters and valuable life lessons. It aired for eight successful seasons and later aired in syndication. Fuller House premiered on Netflix in February 2016.

The fifth season of Fuller House will be available to own on Digital on June 8, 2021. Digital allows consumers to instantly stream and download all episodes to watch anywhere and anytime on their favorite devices. Digital is available from various retailers including Apple TV, Amazon Video, Google Play, Vudu, PlayStation, Xbox and others.