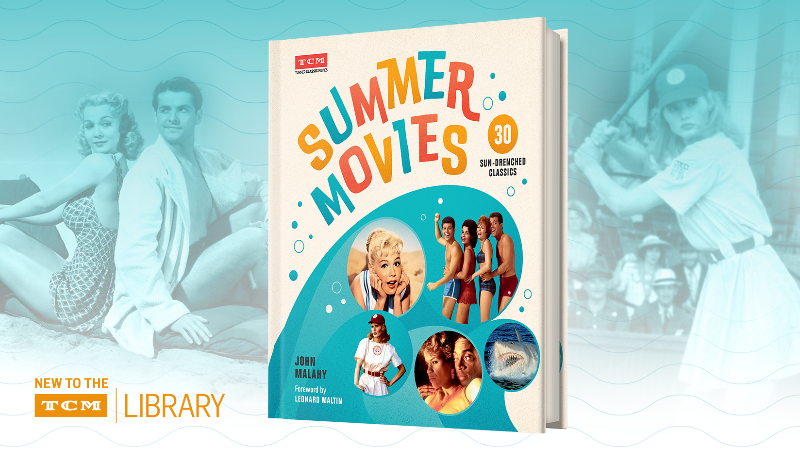 Turner Classic Movies presents a festival of sunshine classics—movies that capture the spirit of the most carefree season of the year—complete with behind-the-scenes stories, reviews, vacation inspiration, and a trove of photos.

Summer Movies is your guide to 30 sun-drenched classics that—through beach parties, road trips, outdoor sports, summer camp, or some intangible mood that brings the heat—manage to keep summer alive year-round. Packed with production details, stories from the set, and more than 150 photos, the book takes an in-depth look at films from the silent era to the present that reflect the full range of how summer has been depicted on screen, both by Hollywood and by international filmmakers. The book highlights 30 movies set in the summertime, from beach comedies to simmering big-city dramas, wild American road trips to lush European travelogues, and includes recommendations for vacations, summer activities, and outside-the-box picks for further viewing.

Available today from the TCM Shop or wherever books are sold

Featured titles from the book will be airing on TCM throughout the summer, including:

Rear Window (1954)
June 26, 10:15 pm ET
A photographer with a broken leg uncovers a murder while spying on the neighbors in a nearby apartment building.

Picnic (1955)
July 7, 10:45 pm ET
A handsome drifter arrives in a small Kansas community on the morning of the Labour Day picnic.

John Malahy works for Turner Classic Movies in Atlanta, Georgia. He is a graduate of New York University and Emory University, where he wrote about the films of the 1920s and their narrative connection to the First World War. His deep knowledge and passion for film led to a career at Turner Classic Movies, where he has worked for the past six years. Summer Movies is his first book.

Turner Classic Movies (TCM) is a two-time Peabody Award-winning network that presents great films, uncut and commercial-free, from the largest film libraries in the world highlighting the entire spectrum of film history. TCM features the insights from Primetime host Ben Mankiewicz along with hosts Alicia Malone, Dave Karger, Jacqueline Stewart and Eddie Muller, plus interviews with a wide range of special guests and serves as the ultimate movie lover destination. With more than two decades as a leading authority in classic film, TCM offers critically acclaimed series like The Essentials, along with annual programming events like 31 Days of Oscar® and Summer Under the Stars. TCM also directly connects with movie fans through events such as the annual TCM Classic Film Festival in Hollywood, the TCM Big Screen Classics series in partnership with Fathom Events, as well as through the TCM Classic Film Tour in New York City and Los Angeles. In addition, TCM produces a wide range of media about classic film, including books and DVDs, and hosts a wealth of material online at tcm.com and through the Watch TCM mobile app. Fans can also enjoy a TCM curated classics experience on HBO Max.