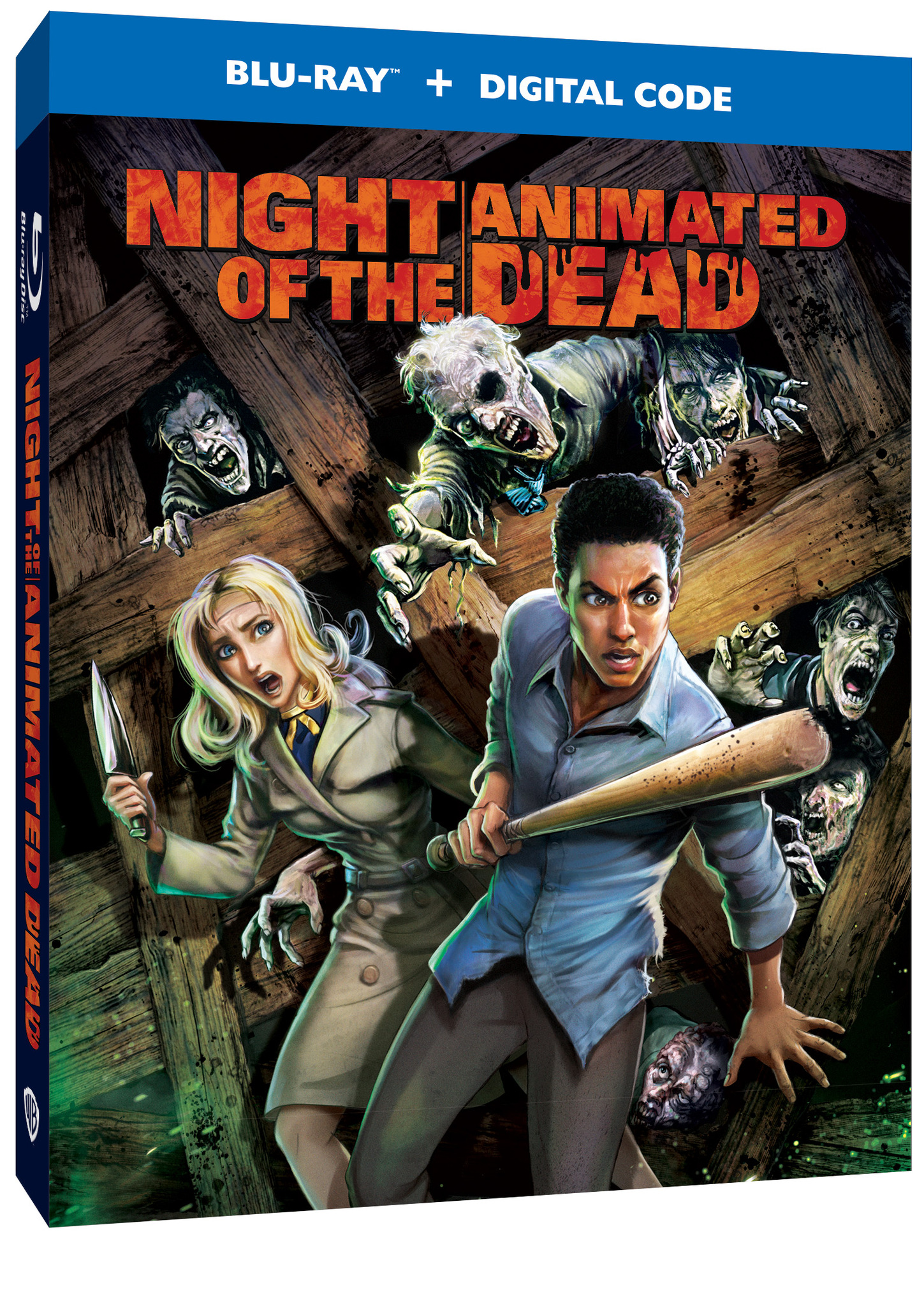 Presented by The Long Game in association with Hemisphere Entertainment, Night of the Animated Dead is an animated adaptation of the 1968 horror classic and includes never-before-seen, exclusive animated scenes not found in the original live-action film. Night of the Animated Dead will be available on Digital, Blu-ray Combo Pack (USA $19.99 SRP, Canada $24.99 SRP) and DVD (USA $14.99 SRP, Canada $19.99 SRP). Pre-order will be available beginning on August 10, 2021.

In Night of the Animated Dead, siblings Barbara and Johnny visit their father’s grave in a remote cemetery in Pennsylvania when they are suddenly set upon by zombies. Barbara flees and takes refuge in an abandoned farmhouse along with stranded motorist Ben and four local survivors found hiding in the cellar. Together, the group must fight to stay alive against the oncoming horde of zombies while also confronting their own fears and prejudices.

Executive Producers are Richard Potter (Diciembres), Thomas DeFeo (The Seventh Day) and Jamie Elliott (Fighting with My Family). Producers are Ralph E. Portillo, p.g.a. (Buddy Games), Robert Feldman, p.g.a. (Dr. Shroud) and Kevin Kasha (I Spit on Your Grave). Animation services were provided by Demente Animation Studio. The original Night of the Living Dead was written by George A. Romero (Dawn of the Dead, Day of the Dead) and John Russo (The Majorettes, Santa Claws). Night of the Animated Dead was produced by Michael J. Luisi, p.g.a. (The Call, Oculus) and directed by Jason Axinn (To Your Last Death).

BLU-RAY AND DVD SPECIAL FEATURES
Making of the Animated Dead - Join director Jason Axinn & Producer Michael Luisi as they regale fans with the careful process of honoring the iconic classic with their vision for an animated remake, including scene breakdowns and booth recordings with the cast!

ABOUT MOVIES ANYWHERE
Movies Anywhere is a digital movie platform that enables movie fans to discover, access, and watch their favorite digital movies in one place. Movies Anywhere brings together a library of nearly 7,500 digital movies from Sony Pictures, Twentieth Century Fox Film, The Walt Disney Studios (including Disney, Pixar, Marvel Studios and Lucasfilm), Universal Pictures (including DreamWorks and Illumination Entertainment) and Warner Bros., and will continue to expand the consumer experience as more content providers, digital retailers and platforms are added. By connecting participating digital retailers that include Amazon Prime Video, FandangoNOW, Google Play, iTunes and Vudu, movie fans can now bring together their digital movie collections (whether purchased or redeemed) in one place and enjoy them from the comfort of their living rooms, and across multiple devices and platforms, including Amazon Fire devices; Android devices and Android TV; Apple TV; Chromecast; iPhone, iPad and iPod touch; Roku® devices and popular browsers. Movie fans can also redeem digital codes found in eligible Blu-ray and DVD disc packages from participating studios and enjoy them through Movies Anywhere. Movies Anywhere – your movies, together at last.

ABOUT DIGITAL
Digital movies or TV episodes allow fans to watch a digital version of their movie or TV show anywhere, on their favorite devices. Digital movies or TV episodes are included with the purchase of specially marked Blu-ray discs. With digital, consumers are able to instantly stream and download movies and TV shows to TVs, computers, tablets and smartphones through retail services. For more information on compatible devices and services go to wb.com/digitalmoviefaq. Consult a digital retailer for details and requirements and for a list of digital-compatible devices.