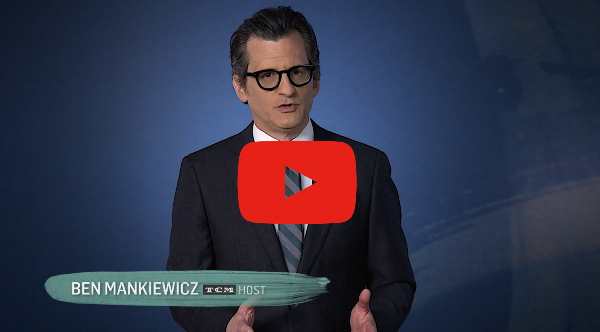 Turner Classic Movies (TCM) today announced that the TCM Classic Film Festival will run virtually this year Thursday, May 6 – Sunday, May 9, both on the TCM network and for the first time within the Classics Curated by TCM Hub on HBO Max. The 12th Annual Festival will open with a 60th anniversary screening of "West Side Story" (1961) with stars Rita Moreno, George Chakiris and Russ Tamblyn giving new and exclusive interviews. This much anticipated cast reunion will air on TCM and be available on HBO Max simultaneously for opening night on May 6 at 8:00 PM ET.

“We’re thrilled to expand this year’s virtual festival across two platforms – linear and streaming. Our approach gives fans even more movies, stars and unique presentations to choose from,” said Pola Changnon, head of TCM. “The breadth of this festival will offer interest for every kind of classic movie fan – whether they’re new to this world or card-carrying cinephiles!”

This year’s festival will feature four days of unique and complementary programming on TCM and HBO Max. Cable subscribers can tune in to TCM for an extensive lineup of iconic classic films, presented by TCM hosts and joined by special guests. Starting the same day, HBO Max subscribers can navigate to the Classics Curated by TCM Hub to find even more unique and unforgettable classic movies, exclusive film discussions and interviews with special guests and TCM hosts, panels and unique presentations, brand new film introductions from our TCM hosts, and rarely seen behind-the-scenes footage.

Below is a first look at what fans can expect at the upcoming festival, with more talent and special events to be announced closer to Opening Night:

• The Masters: Iconic directors, including Rob Reiner and Mira Nair, will introduce one of their seminal films and share their personal recollections of the production.
• Tributes: The Festival recognizes a select group of individuals, including Danny Glover and Ali MacGraw, whose careers have left a lasting impact on cinema, including exclusive conversations celebrating the honoree.
• Guest Programmers: Tastemakers from different fields of expertise select and introduce their favorite films.
• Discoveries: Films, including Antwone Fisher (2002) and They Won’t Believe Me (1947), that have been forgotten or overlooked by time or changing cultural tastes that deserve to be rediscovered.
• Special Collections: Curated collections of films highlighting special themes that spotlight specific genres, eras, technical expertise, or cultures, including a focus on The L.A. Rebellion.
• Essentials: Timeless classics that have shaped generations, both past and present, and continue to influence filmmaking and culture today.
• Special Presentations: Unique presentations created by notable filmmakers and film experts which illuminate little-known and rarely seen film history.

For more information, including a How To Fest guide, please visit http://filmfestival.tcm.com

Turner Classic Movies (TCM) is a two-time Peabody Award-winning network that presents great films, uncut and commercial-free, from the largest film libraries in the world highlighting the entire spectrum of film history. TCM features the insights from Primetime host Ben Mankiewicz along with hosts Alicia Malone, Dave Karger, Jacqueline Stewart and Eddie Muller, plus interviews with a wide range of special guests and serves as the ultimate movie lover destination. With more than two decades as a leading authority in classic film, TCM offers critically acclaimed series like "The Essentials," along with annual programming events like 31 Days of Oscar® and Summer Under the Stars. TCM also directly connects with movie fans through events such as the annual TCM Classic Film Festival in Hollywood, the TCM Big Screen Classics series in partnership with Fathom Events, as well as through the TCM Classic Film Tour in New York City and Los Angeles. In addition, TCM produces a wide range of media about classic film, including books and DVDs, and hosts a wealth of material online at tcm.com and through the Watch TCM mobile app. Fans can also enjoy a TCM curated classics experience on HBO Max.

HBO Max® is WarnerMedia’s direct-to-consumer platform, offering best in class quality entertainment. HBO Max features the greatest array of storytelling for all audiences from the iconic brands of HBO, Warner Bros., DC, Cartoon Network, Adult Swim, Turner Classic Movies and much more. The streaming platform initially launched in the United States in May 2020. This year, it will expand into Latin America and the HBO-branded streaming services in Europe (the Nordics, Spain, Central Europe, the Baltics and Portugal) will be upgraded to HBO Max.