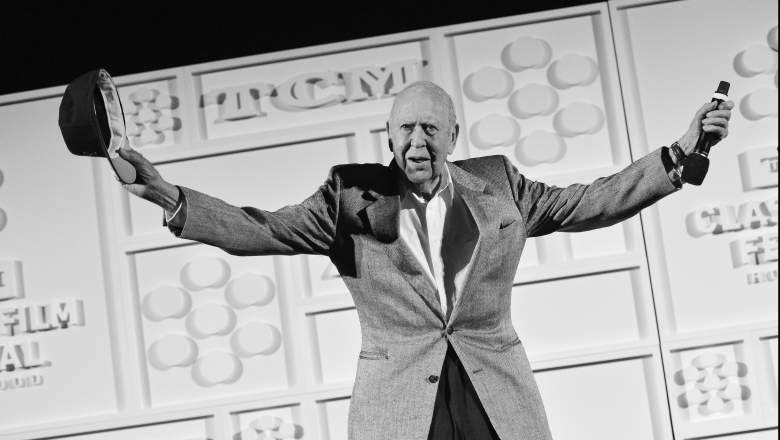 Turner Classic Movies (TCM) will celebrate the life and career of seminal writer, director, actor and author Carl Reiner with a programming tribute on Tuesday, July 28. Reiner, who passed away on June 29 at the age of 98, won many awards including nine Emmy Awards®, a Grammy®, and the Mark Twain prize for American Humor. His prolific career spanned more than 70 years, and he gained a loyal following for his sketch comedy work alongside Sid Caesar and Mel Brooks and for directing such beloved films as “Oh, God!” (1977), “Dead Men Don’t War Plaid” (1982), “Where’s Poppa?” (1970), “The Jerk” (1979) and for creating and writing “The Dick Van Dyke Show.” In 2018, Carl Reiner and his son, filmmaker Rob Reiner, were honored with the hand and footprint ceremony at the TCL Chinese Theatre® in Hollywood during the eighth annual TCM Classic Film Festival. It marked the first time a father and son were jointly honored with a hand and footprint ceremony.

The following is the complete schedule for TCM's on-air tribute to Carl Reiner:

About Turner Classic Movies (TCM)
Turner Classic Movies (TCM) is a two-time Peabody Award-winning network that presents great films, uncut and commercial-free, from the largest film libraries in the world highlighting the entire spectrum of film history. TCM features the insights from Primetime host Ben Mankiewicz along with hosts Alicia Malone, Dave Karger, Jacqueline Stewart and Eddie Muller, plus interviews with a wide range of special guests and serves as the ultimate movie lover destination. Currently in its 26th year as a leading authority in classic film, TCM offers critically acclaimed series like The Essentials, along with annual programming events like 31 Days of Oscar® in February and Summer Under the Stars in August. TCM also directly connects with movie fans through events as the annual TCM Classic Film Festival in Hollywood, the TCM Big Screen Classics series in partnership with Fathom Events, as well as through the TCM Classic Film Tour in New York City and Los Angeles. In addition, TCM produces a wide range of media about classic film, including books and DVDs, and hosts a wealth of material online at tcm.com and through the Watch TCM mobile app.