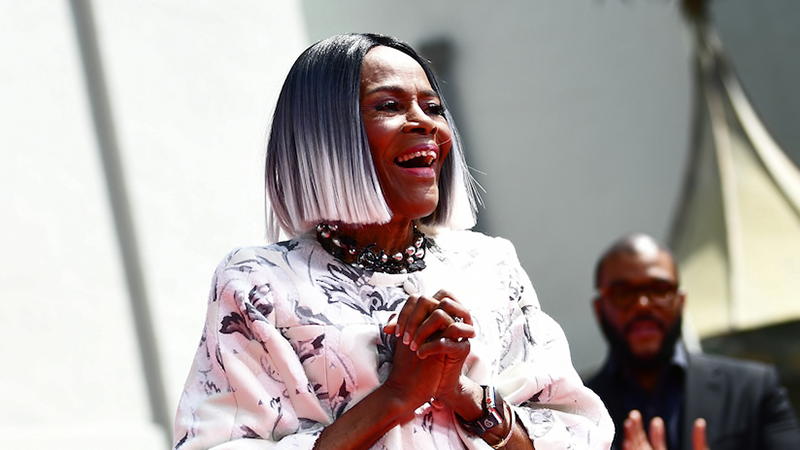 Turner Classic Movies (TCM) will celebrate the life and career of iconic actress Cicely Tyson with a programming tribute on Sunday, January 31. Tyson, who passed away on January 28 at the age of 96, broke barriers throughout her more than seven-decade career, which earned her a Peabody Award, an honorary Oscar ®, a Tony Award®, three Emmys®, a Kennedy Center Honor, and the Presidential Medal of Freedom. Her most recent Emmy nomination came just last year. In 2018, she had her hand and footprints cemented in time at the TCM Chinese Theater Imax® in Hollywood during the TCM Classic Film Festival.

The following is the complete schedule for TCM's on-air tribute to Cicely Tyson:

8:00 p.m. "Sounder" (1972) – Black sharecroppers during the Depression fight to get their children a decent education.

Turner Classic Movies (TCM) is a two-time Peabody Award-winning network that presents great films, uncut and commercial-free, from the largest film libraries in the world highlighting the entire spectrum of film history. TCM features the insights from Primetime host Ben Mankiewicz along with hosts Alicia Malone, Dave Karger, Jacqueline Stewart and Eddie Muller, plus interviews with a wide range of special guests and serves as the ultimate movie lover destination. Currently in its 26th year as a leading authority in classic film, TCM offers critically acclaimed series like The Essentials, along with annual programming events like 31 Days of Oscar® in February and Summer Under the Stars in August. TCM also directly connects with movie fans through events as the annual TCM Classic Film Festival in Hollywood, the TCM Big Screen Classics series in partnership with Fathom Events, as well as through the TCM Classic Film Tour in New York City and Los Angeles. In addition, TCM produces a wide range of media about classic film, including books and DVDs, and hosts a wealth of material online at tcm.com and through the Watch TCM mobile app.
###