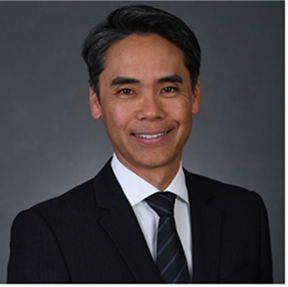 (Burbank, CA) – Warner Bros. today announced that DC-Based Film Production President Walter Hamada has signed a multi-year contract extension at the Studio, overseeing the DC film slate, along with DC features produced for the HBO Max streaming platform. Hamada has enjoyed great success at Warner Bros., heading the DC-Based Film group since 2018 and leading the division to the release of its highest-grossing film to date, 2018’s “Aquaman,” which grossed over $1.4 billion at the worldwide box office. The announcement was made today by Toby Emmerich, Chairman, Warner Bros. Pictures Group, to whom Hamada reports.

“Walter is not only passionate about story and the DC canon, he’s also a thoughtful and incredibly talented executive who is fully committed to investing the time and care necessary for moviemaking on this scale,” said Emmerich. “With Walter overseeing our DC movies for theatrical exhibition and on HBO Max, we are excited for him and his team to bring more of these stories to life, working with new and established talent to broaden the reach and diversity of the DC cinematic universe.”

“Walter is an incredibly talented, well-respected executive, known by his colleagues and our filmmakers as a great collaborator,” said Ann Sarnoff, Chair and CEO, WarnerMedia Studios and Networks Group. “I’m excited about where he’s taking DC Films and look forward to working with him and the rest of the team to build out the DC Multiverse.”

Hamada currently oversees WBPG’s slate of films based on Super Heroes and Super-Villains from DC, as well as titles based on other characters and stories also licensed from DC, including its Vertigo and MAD Magazine imprints. He and the DC-Based Film team also draw upon resources from across both Warner Bros. Pictures and New Line Cinema. Going forward, this group will increase its production level to include producing several feature-length productions specifically for the HBO Max platform each year, while continuing to produce a roster of theatrical releases through the Warner Bros. Pictures and New Line labels.

The slate of upcoming DC films includes “The Suicide Squad,” in theaters worldwide and on HBO Max in the U.S. this summer, and in 2022 and beyond, “The Batman,” “Aquaman 2,” “The Flash,” “Black Adam,” “Shazam! Fury of the Gods,” “Batgirl,” “Static Shock,” and as recently announced “Wonder Woman 3.”

Hamada has served as President, DC-Based Film Production, Warner Bros. Pictures since 2018. Prior to his current role, he served as Executive Vice President, Production at New Line Cinema, having joined the company in 2007 as Senior Vice President, Production. The films he worked on during his decade-long tenure include “Friday the 13th,” “Final Destination,” “A Nightmare on Elm Street,” the global blockbusters “The Conjuring,” “The Conjuring 2,” “Annabelle” and “Annabelle: Creation,” which together comprise the highest-grossing horror franchise of all time, and “IT,” the highest-grossing horror film of all time.

Before New Line, Hamada spent four years as a partner at the management and production firm H2F Entertainment. Prior to that, he ran development for MBST Entertainment. Hamada began his career at TriStar Pictures where he ultimately served as Vice President, Production for Columbia Pictures.