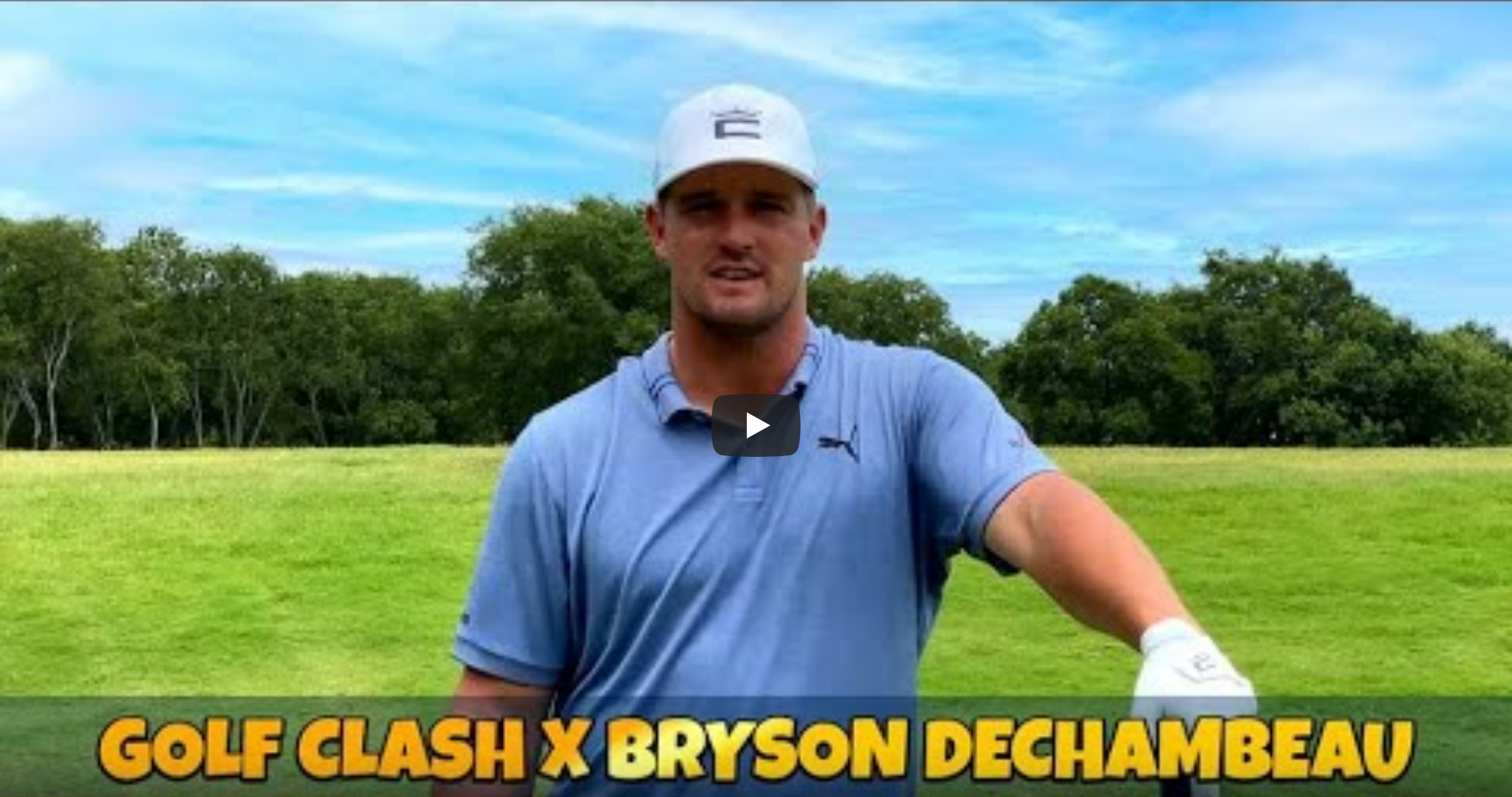 Available today through June 21, DeChambeau’s strength off the tee will be personified through Bryson’s Power Play Challenge, a personalized closest-to-the-pin style competition based on the popular Golden Shot feature in Golf Clash. This new challenge gives participants a chance to win the official Bryson Ball by hitting a hole-in-one in standard mode or by winning any chest in hard mode. As the longest driver on the PGA Tour, DeChambeau’s bespoke golf ball features a combination of powerful attributes to match his physical prowess on the course and prominently displays his autograph and silhouette logo, complete with his signature golf cap. This limited time in-game item will be available for purchase from June 15-18 to use throughout the Golf Clash experience with no expiration.

From June 17-20, players can compete for ultimate bragging rights in the Bryson DeChambeau 9-Hole Cup, a condensed three-day tournament with two qualifying rounds, followed by one final round. For competitors looking to polish their skills before, during or after the event, practice mode for the tournament is available today through June 20 in Golf Clash.

“I’m a big fan of videogames so it’s awesome to have my own content in Golf Clash,” said Bryson DeChambeau. “Whether I’m playing at home or on the road, Golf Clash really brings out my inner scientist, and I love how you can incorporate so many different strategies with a huge variety of balls and clubs. I’m excited to see fans try out my Power Play Challenge on the virtual course this week!”

DeChambeau is an eight time winner on the PGA Tour, including one major championship at the 2020 U.S. Open. He currently sits at No. 5 in the World Golf Rankings and No. 1 in driving distance on the PGA Tour. The partnership with DeChambeau follows recent Golf Clash collaborations with professional golfer Bubba Watson, the Ryder Cup, Open Championship, NASCAR and UFC.

Golf Clash is available now to download for free on all iOS and Android devices and is the perfect way to compete against friends and family, anytime, anywhere. To learn more, visit Playdemic.com or join the Golf Clash community conversation on Twitter (GolfClashGame), Facebook (GolfClashPlaydemic), Instagram (GolfClashGame) and YouTube (Golf Clash).

About Playdemic
Founded in 2010, Playdemic, a Warner Bros. Games studio, is one of Europe’s leading mobile games developers with a portfolio of successful mobile titles. Playdemic’s Golf Clash has achieved huge acclaim from players and has become a top grossing title in the US and internationally. Additional information about Playdemic can be found at www.playdemic.com.