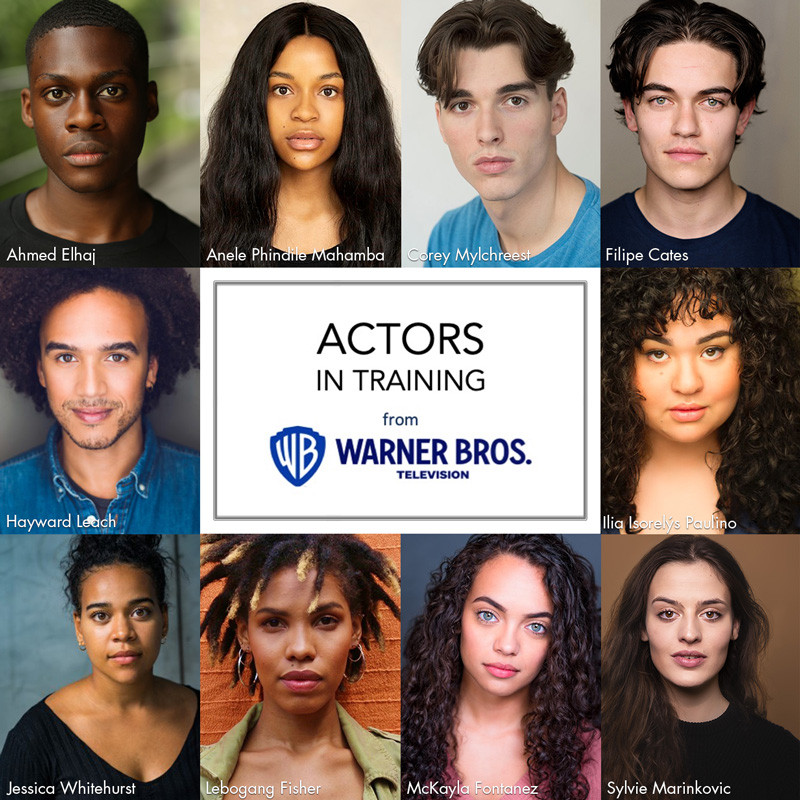 BURBANK, Calif. — Due to the unprecedented global pandemic caused by the novel Coronavirus, Warner Bros. Television’s Casting department launched a unique virtual “Actors in Training” initiative this summer designed to connect the Studio with emerging actors who may have had their final year of dramatic training curtailed or negatively impacted by the COVID-19 pandemic. More than 6,800 actors from 280 training programs worldwide participated in the program, and today, the Studio is proud to announce the inaugural group of 10 who have been selected as the WBTV “Actors in Training” program Class of 2020, and to introduce this talented next generation to the entertainment community at large.

Many of the traditional year-end career advancement and networking opportunities — such as meetings with studio and network casting departments, independent casting directors, and more — that these actors would normally have pursued following the completion of their training this year were suspended or canceled. The WBTV Casting “Actors in Training” program was designed to keep these opportunities alive for emerging actors in virtual fashion for this year and to encourage this graduating class.

WBTV Casting’s search included outreach to approximately 400 undergraduate, graduate, and conservatory programs across the United States, Canada, Australia and the UK. This included not only traditional top-tier institutions but also direct outreach to schools and training programs in historically underserved and underrepresented communities.

Any acting student who was due to complete their training program in spring 2020 was invited to submit a headshot, resume and brief introduction about themselves. All submissions were reviewed by WBTV Casting, and a select group of applicants were then invited to submit auditions and meet with WBTV Casting executives.

The top 10 who comprise the Class of 2020 were then offered the opportunity to meet with WBTV development and programming executives, as well as Warner Bros. Television–based producers.

The following artists make up the WBTV Casting “Actors in Training” Class of 2020:
# # #