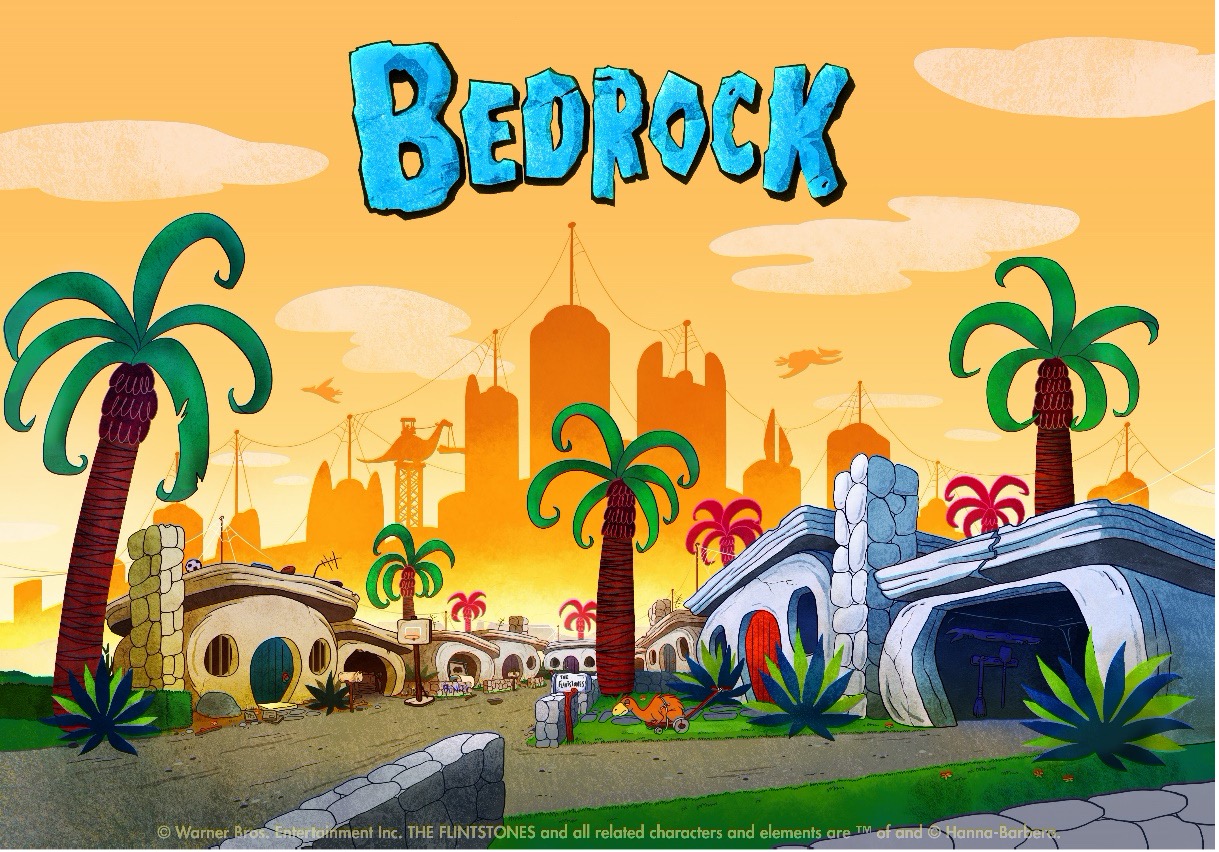 “Bedrock” catches up with the Flintstone family two decades after the original, with Fred on the brink of retirement and 20-something Pebbles embarking on her own career. As the Stone Age gives way to a shiny and enlightened new Bronze Age, the residents of “Bedrock” will find this evolution harder than a swing from Bamm-Bamm’s club.

“Long before the Simpsons and Springfield, the Griffins and Quahog or even when the Belchers started serving burgers on Ocean Avenue, there were the Flintstones and Bedrock,” said Michael Thorn, President, Entertainment, FOX Entertainment. “Their imprint on the animation universe is undeniable and the idea of adapting it for today’s audience is a challenge we here at FOX are very much looking forward to taking on with Warner Bros., Elizabeth and Lindsay. No pressure whatsoever, really.”

“The Flintstones are the first family of primetime animation,” said Peter Girardi, Executive Vice President, Alternative Programming at Warner Bros. Animation. “Elizabeth and Lindsay have a brilliant take on these characters, and FOX and Brownstone are the perfect partners to bring them back to primetime. This is going to rock (sorry).”

In addition, FOX Entertainment’s free streaming platform Tubi has acquired the AVOD rights to all six seasons of the iconic series “The Flintstones,” including all 166 episodes, which will begin streaming on Tubi on May 1.

Produced by Hanna-Barbera Productions, “The Flintstones” was television’s first primetime animated series – airing for six seasons, spanning 166 episodes – and was also the first animated program nominated for a Primetime Emmy Award for Outstanding Comedy Series. This past fall, the franchise celebrated its 60thanniversary.

About FOX Entertainment
FOX Entertainment’s 30-year legacy of innovative, hit programming includes 9-1-1, 9-1-1: Lone Star, The Masked Singer, Lego Masters, Prodigal Son, Last Man Standing, The Simpsons, Empire, 24, The X-Files and American Idol. Delivering high-quality scripted, non-scripted, animation, live content and major sports, FOX won the 2019-2020 broadcast season for the first time in eight years and was the only major network to post year-over-year growth among Adults 18-49 and Total Viewers. In addition to its broadcast network, FOX Entertainment oversees the operations of FOX Alternative Entertainment, its in-house unscripted studio that produces The Masked Singer, I Can See Your Voice and The Masked Dancer, among other series; and the award-winning animation studio Bento Box Entertainment, which produces animated content for FOX, including the Emmy Award-winning hit Bob’s Burgers and new series Duncanville, The Great North and Housebroken, as well as programming for other broadcast, streaming and cable platforms. Tubi, FOX Entertainment’s fast-growing ad-supported video-on-demand (AVOD) service, features more than 30,000 movies and television series, and news content that’s available in the U.S., Canada, Mexico and Australia.