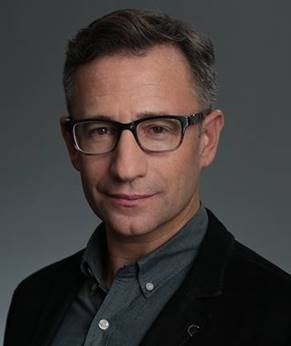 “Josh is an outstanding marketer, with an impressive track record of eventizing a broad range of movies to great success in both theaters and more recently on streaming platforms,” said Emmerich. “He loves cinema, is a believer in the continued importance of the theatrical experience, and is incredibly deft at understanding and distilling filmmaker’s visions and intentions into attention-grabbing and results-delivering marketing campaigns. He has a future-focused skill set that will help us strategically navigate our evolving business, launching both our theatrical films and HBO Max original movies. He is a great addition to the Pictures Group, and we can’t wait for him to get started.”

Warner Bros. Pictures Group’s 2021 release slate currently includes “The Little Things,” “Judas and the Black Messiah,” “Tom & Jerry,” “Godzilla vs. Kong,” “Mortal Kombat,” “Those Who Wish Me Dead,” “The Conjuring: The Devil Made Me Do It,” “In The Heights,” “Space Jam: A New Legacy,” “The Suicide Squad,” “Reminiscence,” “Malignant,” “Dune,” “The Many Saints of Newark,” “King Richard,” “Cry Macho” and “Matrix 4.” Among the Studio’s releases slated for 2022 are “The Batman,” “DC Super Pets,” “The Flash,” “Aquaman 2” and an untitled Sesame Street film. Already on deck for 2023 are “Shazam! Fury of the Gods,” as well as the recently announced “Furiosa,” “Coyote vs. Acme” and “The Color Purple.”

Goldstine is a proven industry leader in film marketing who has led campaigns for more than 200 major motion picture releases. Prior to joining Warner Bros., he served as President of Worldwide Marketing for Universal Pictures, where he oversaw and orchestrated all aspects of Universal’s feature film marketing, including creative advertising, media, publicity, promotions, digital marketing, and administration.

At Universal, Goldstine spearheaded marketing campaigns that helped propel Universal to an unprecedented run at the box office, resulting in four of the five most profitable years in the company’s history. In 2015, the studio broke numerous records: the then highest-grossing domestic, international and worldwide box office of any single year in any film studio’s history; the first time any studio had three films cross $1 billion at the worldwide box office with “Furious 7,” “Jurassic World” and Illumination’s “Minions;” and six films opened number one at the domestic box office.

During his tenure, Goldstine oversaw marketing campaigns for many Universal hits, including “Get Out,” “Split,” Illumination’s “Minions,” “Sing” and “The Secret Life of Pets,” “Jason Bourne,” “Straight Outta Compton,” “Jurassic World,” the Pitch Perfect franchise, “Furious 7” and “Fifty Shades of Grey.” During his time at Universal, 2011 to 2018, his team had more than 30 films reach No. 1 at the domestic box office, including “Snow White and the Huntsman,” “Ted,” “The Bourne Legacy,” “Mama,” “Oblivion,” “Fast & Furious 6,” “The Purge,” “Ride Along,” “Neighbors,” “Dumb and Dumber To” and the Academy Award®-winning “Les Misérables.”

Before joining Universal, Goldstine spent over two decades with Sony Pictures, where he held a variety of marketing positions, including President of Creative Advertising. During his years at Sony, Goldstine personally oversaw a number of creative campaigns for films including the Academy Award-winning “The Social Network,” the original Spider-Man franchise, “Casino Royale,” “Da Vinci Code,” “Jerry Maguire,” “Groundhog Day,” and eight movies with Will Smith, including “Men In Black.”

Most recently, Goldstine served as a marketing consultant working with a wide array of clients, including Activision/Blizzard, Legendary, Amazon and Sony Pictures, and provided insight and guidance on projects ranging from videogames (“Candy Crush”) to streaming releases (“Borat’s Subsequent Movie Film,” “Enola”) and feature films (“Knives Out,” the upcoming “Godzilla v. Kong,” “Dune”).

Goldstine has received dozens of advertising honors, including numerous Clio Key Art awards and gold medals from the New York and London Advertising Festivals. He is a graduate of Harvard University.