Skip to content
(March 20, 2014 – Burbank, CA) – As production continues on FOX’s “Gotham,” from Warner Bros. Television and based upon characters published by DC Entertainment, the first character-look image of Donal Logue as Gotham City Police Detective Harvey Bullock has been released. 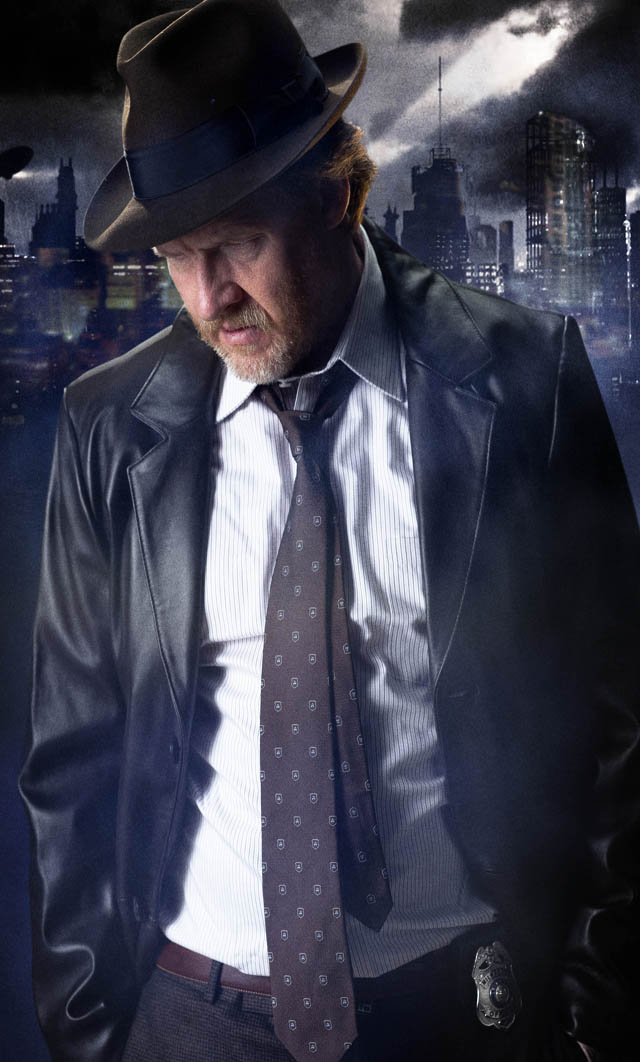 • “Gotham” is a crime drama that explores the origin stories of eventual Police Commissioner James Gordon (Ben McKenzie – “Southland”) and the rogues’ gallery of villains that made the city infamous. • Jim Gordon’s partner and mentor, the rough-around-the-edges Detective Harvey Bullock (Donal Logue – “Sons of Anarchy,” “Vikings,” “Copper”) plays loose with police procedure, but gets results — and he does so with old-school, hard-ass panache.

Check out the next character-look reveal tomorrow (Friday, March 21) on the “Gotham” social media pages. Like “Gotham” on Facebook at facebook.com/GOTHAMonFOX. Follow the series on Twitter at @Gotham, on Instagram at instagram.com/gothamonfox and Tumblr at gothamfox.tumblr.com, and join the discussion using #gotham. The “Gotham” pilot is executive-produced by Bruno Heller (“The Mentalist,” “Rome”) and Danny Cannon (“CSI” series, “Nikita,” “The Tomorrow People”). Cannon is directing the pilot episode from a script by Heller. Based upon characters published by DC Entertainment, “Gotham” is from Warner Bros. Television. The project has a series commitment at FOX.
###