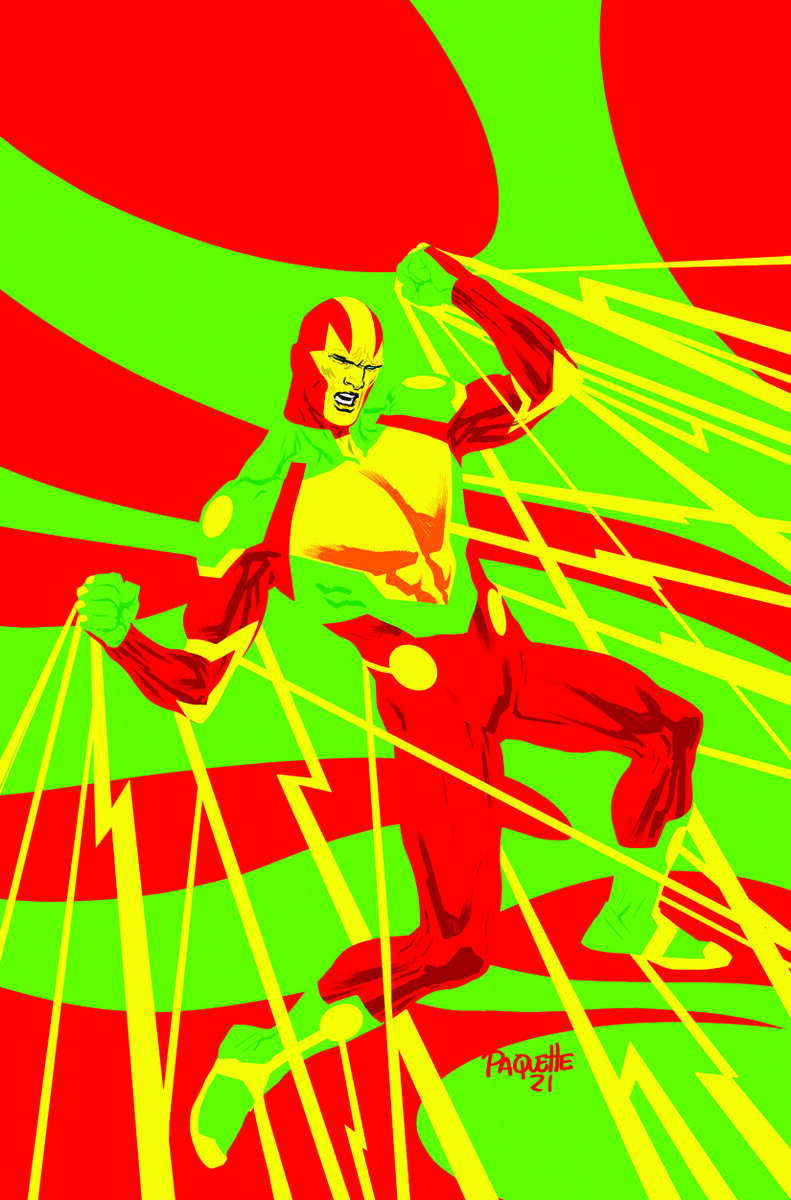 Currently, writer Brandon Easton and artist Valentine De Landro are guiding Mister Miracle (Shilo Norman) through the terrors of Warworld in Future State: Superman: Worlds at War. On  May 4, Easton and artist Fico Ossio return Shilo to the present DC universe, revealing his journey to becoming the “Super Escape Artist” of tomorrow, in Mister Miracle: The Source of Freedom, a six-issue monthly miniseries from DC.

“This series functions as a de facto origin story and a reintroduction of Shilo Norman,” said Easton. “Fico and I have a fantastic opportunity to establish him as a major hero in the DC pantheon, while making him a more complex character.”

The “Mister Miracle” show used to be the hottest ticket in town, whether you caught him onstage escaping from perilous traps or spotted him on the streets of Metropolis taking out bad guys. What Shilo Norman forgot is the first rule of both show business and being a superhero: always leave them wanting more. Now it’s time to start showing the world what a miracle man can really do.

Showbiz/superhero rule #2: Timing is everything. There’s a new performer in town who wants to knock Mister Miracle off his pedestal and stake a claim to his famous moniker! Can Shilo break free of this trap?

“The series will explore Shilo’s dealings with the trappings of celebrity, his understanding of the ‘Mister Miracle’ identity and his possible connection to the New Gods,” Easton continued. “We’ll also dive into what it means to be a Black superhero in a world where his heroism is in conflict with a society full of distrust and suspicion.”