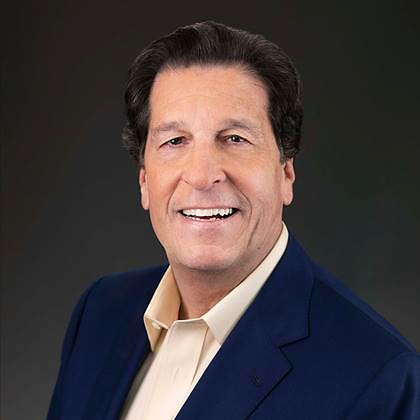 (Burbank, CA) – Television industry legend and Chairman of the Warner Bros. Television Group Peter Roth will be stepping down from his Studio responsibilities in early 2021, it was announced today by Ann Sarnoff, Chair and CEO, WarnerMedia Studios and Networks Group.

“Peter and I have been meeting for some time about this, and while there’s never a great moment to say goodbye, he felt that this was the right time to transition in a new leader for the group,” said Sarnoff. “He’s delivered hundreds of shows, thousands of episodes and millions of viewers, with one singular vision – to work with the best people and to make the best television series. In addition to being well respected by his colleagues and competitors, actors, writers, directors and producers, he is the force behind iconic, pop-culture-defining television shows we all know and love, including ‘The West Wing,’ ‘The Big Bang Theory,’ ‘Gilmore Girls,’ ‘Two And A Half Men,’ ‘Gossip Girl,’ ‘Supernatural,’ ‘The Flash’ and countless others. We’re thankful for his contributions to our company and wish him the very best.”

“Working at Warner Bros. has been the greatest, most meaningful, most rewarding experience of my career,” said Roth. “For the past 22 years, I have had the privilege to be associated with some of the most inspiring creative talent, the most impactful television series and the most dedicated and passionate people I have ever known. It has long been my dream to be able to say farewell at the right time in the right way and for the right reason. I’m grateful to Ann Sarnoff for giving me that opportunity and to my Warner Bros. colleagues, past and present, for giving me what has been the gift of a lifetime. I look forward to the next chapter of my career and remaining connected to those people who have meant so much to me.”
Warner Bros. Television Group is part of WarnerMedia’s new Studios and Networks Group which aligns the Company’s content-focused teams, bringing together the WB Pictures Group, HBO and HBO Max, WBTV, DC, kids/young adults/classics (Cartoon Network, Adult Swim, Boomerang, TCM, Cartoon Network Studios, WB Animation), TBS, TNT, TruTV, Wizarding World, consumer products, experiences and gaming, and offers the unique opportunity for these divisions to work together across titles, brands and franchises. The Studios and Networks Group represents an unmatched collection of world-class brands and content creators.

His acumen for developing and producing successful programming has brought Warner Bros. the distinction of being the most prolific studio in Hollywood during his tenure. He joined the company in March 1999 as President, Warner Bros. Television. During his more than two decades atop the Studio’s television production business, 32 scripted primetime series developed under his leadership have successfully reached the coveted 100-episode milestone. Among them: “The Big Bang Theory” (279 episodes, the longest-running multicamera comedy in the history of television), “Two and a Half Men,” “The West Wing,” “Gilmore Girls,” “Smallville,” “Gossip Girl,” “Shameless,” “Nip/Tuck,” “The Mentalist,” “Pretty Little Liars,” “Arrow,” “Mom,” “The Closer,” “Fringe,” “The Middle,” “George Lopez,” “The Flash,” “Mike & Molly,” “Person of Interest,” “Supernatural,” “Third Watch,” “The Vampire Diaries” and “One Tree Hill.”
Roth came to Warner Bros. Television after having served as President, Fox Entertainment. While there, he was responsible for the development and programming of the Emmy Award– winning “Ally McBeal,” “That ’70s Show” and “Family Guy.” Prior to working at the network, he served as President of Production, Twentieth Network Television (currently 20th Century Fox Television Productions), where he oversaw the development and sales of “The X Files,” “Picket Fences,” “Buffy the Vampire Slayer,” “The Practice” and “King of the Hill.”

Prior to joining Twentieth Television Corp., Roth was President of Stephen J. Cannell Productions, where, during a six-year tenure, he was involved with the creation and sale of such critically acclaimed series as “21 Jump Street” and “The Commish.”

He previously spent 10 years at the ABC Television Network, where he began his television career in 1976 as Manager of Children’s Programs. He was promoted that same year to Director and was responsible for ABC’s number one-rated Saturday morning schedule. In June 1979, he was named Director of Current Primetime Programs and was promoted to Vice President, Current Primetime Series, in November 1981, overseeing such classic shows as “Happy Days,” “Laverne & Shirley,” “Moonlighting” and “Dynasty.”

Roth currently serves on the Board of Directors of the Peabody Awards, the Los Angeles Board of Governors of The Paley Center for Media, and the Hall of Fame Selection Committee for the Television Academy.
# # #